​Real Madrid have confirmed that Mariano Diaz has been diagnosed with tendinitis in his right adductor, although no timescale has been placed as to how long he will be out for.

The striker has predominantly featured off the bench for Madrid this season as a back-up for Karim Benzema, and has seen his long-term future at the club called into question. 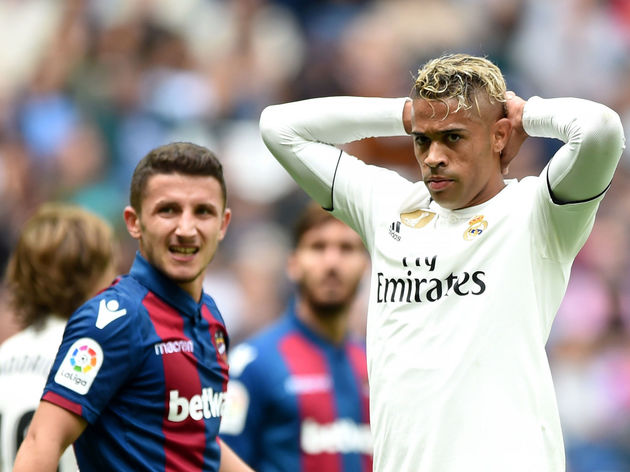 Now, in a statement posted on the ​club’s official website, it said: “after tests were carried out on our player Mariano by Real Madrid’s Medical Services, he has been diagnosed with tendinitis in the right adductor. The player’s situation will continue to be monitored.”

Having been a part of ​Real Madrid’s youth teams, Mariano joined French side Lyon in the summer of 2017 for a fee in the region of €8m.

The Dominican Republic international scored 18 times in the league during that season, forming a potent trio alongside fellow forwards Memphis Depay and Nabil Fekir.

18 – Karim Benzema has scored in the last three La Liga seasons (included this) as many goals as Mariano Díaz for @OL in Ligue 1 last season (18 goals). Confirmed pic.twitter.com/ygu2yWOvNE

After the breakout season with Lyon, Madrid opted to re-sign the 25-year-old last summer for around €23m on a five-year contract, and was promptly given the number seven shirt worn by the departed Cristiano Ronaldo.

With just two goals in 17 games across all competitions this season, Mariano’s future at Madrid is unclear, with Zinedine Zidane’s return as manager coinciding with the striker featuring in just 30 minutes of football under the Frenchman. Having been left out of Los Blancos’ squad for the last two games against Eibar and Leganes, it remains to be seen whether Mariano has already played in his last game for ​La Liga giants.