​Real Madrid have confirmed that full-back Alvaro Odriozola has been diagnosed with a fracture of the left clavicle, amid concerns that the injury will rule him out for the rest of the season.

The 23-year-old has featured heavily in his first full season with Los Blancos, making 14 appearances in La Liga since arriving from fellow Spanish side Real Sociedad last summer. 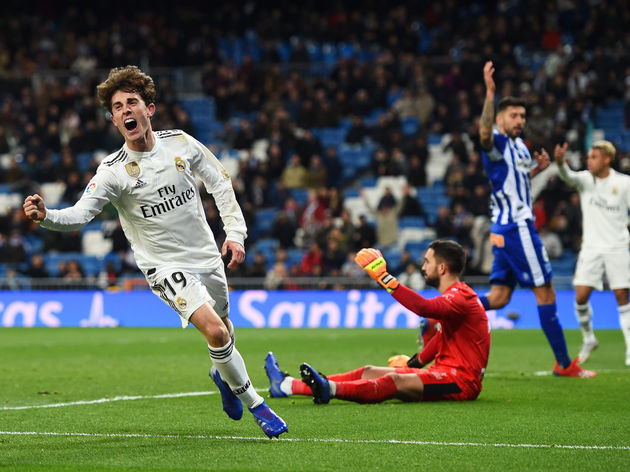 However, Real have now revealed via their ​official club website, that ‘following tests carried out today on Alvaro Odriozola by the Real Madrid Medical Services, he’s been diagnosed with a fracture of his left clavicle. His recovery will be monitored.’

According to Spanish publication ​AS, Odriozola is expected to be out for the remainder of the season, after breaking his collarbone in a training ground accident involving teammate Vinicius Junior.

The 23-year-old was said to have fell awkwardly after a challenge with the Brazilian winger, and tests have now revealed the full extent of the damage suffered. Odriozola has been a regular starter under newly reappointed Zinedine Zidane, playing the full 90 minutes on four occasions for the Frenchman.

However, Dani Carvajal’s own return from injury meant that Odriozola started the previous game against Leganes on the bench, with the expectation that the former will now reclaim his place in the first-team.

Having joined Sociedad’s youth set-up as a ten-year-old, Odriozola made his first-team debut for the club in a 2-0 win away at Malaga in ​La Liga. After two seasons with the side, ​Madrid signed the full-back for a fee in the region of €30m last summer, and had enjoyed a fine debut campaign.