​Two second-half headers and an injury time third from Karim Benzema handed Real Madrid a much needed 3-0 win over Athletic Bilbao that closed the gap from second placed Atletico Madrid to four points in La Liga.

A largely uneventful opening to the match saw the hosts very eager to play down the flanks, bending crosses to the far post in what appeared to be a deliberate ploy imposed by Zinedine Zidane. 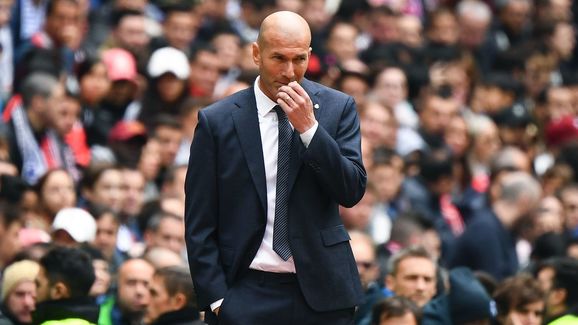 With nothing left to play for this season, the match failed to spark into any life and ​Madrid struggled to penetrate the Athletic defence, with plenty of free kicks bringing the home side no joy in a niggly first half that saw no less than 14 fouls.

You could have been forgiven for thinking this match was a pre-season friendly. Madrid showed intent, however, all of it seemed to come in third gear, with little to show for considering having the lion’s share of possession.

Many questioned the return of Zidane to the manager’s role, but he can surely only be judged after a summer of investment that is so desperately needed at the Santiago Bernabeu. With Los Blancos having nothing left to play for this season, motivating a team that is as weak as the one he is in charge of now will be difficult, something painstakingly evident during a dour first half.

The Frenchman must have really got at his side during the break, as Benzema headed home just two minutes after the restart, in what seemed a far more interested and energised Madrid side. Benzema wrapped the points up with a well deserved hat trick in a match where Madrid were rarely tested, handing Zidane a morale-boosting win in a season to forget for Los Blancos.

Looking at the Madrid side on paper, you would struggle to find real quality, something almost unheard of considering Los Blancos sides of years gone by. ​Raphael Varane and Modric spring to mind, but Benzema is a player who continues to find the back of the net in a mediocre team.

He pressed and ran in a forgettable first half, and when presented with a meaningful opportunity made it count straight after the restart – before sealing the deal with 15 minutes left and adding the gloss in extra time. The manager’s faith in his countryman has been rewarded in recent weeks, and the 31-year-old is almost single-handedly dragging his team through the mire at the moment.

History will remember Benzema well. There is a reason why he has stayed at Madrid and will probably end his career there. He is one of the most under appreciated Strikers in the world. #Benzema #RealMadridAthletic

Real Madrid travel to Getafe on Thursday evening as they take on the division’s surprise package at the Coliseum Alfonso Pérez.

Meanwhile, Athletic Bilbao are on the road once again as they travel to Madrid-based Leganes to take on the mid-table side at the