​Real Madrid visit Rayo Vallecano in this Madrid derby in La Liga on Sunday night as they look to secure Champions League qualification.

Los Merengues will be without captain Sergio Ramos who has been sidelined with a hamstring injury for the last couple of weeks. They will also be without right back  which will keep him out for the remainder of the campaign.

Rayo Vallecano are bottom of La Liga, battling to avoid relegation and have suffered the blow of being unable to play their top goalscorer

Here’s how Zidane’s side could line up come ​kick off. Keylor Navas (GK) – After spending three seasons as Real Madrid’s first choice goalkeeper, the 32-year-old Costa Rican was relegated to the role of back-up following the arrival of Thibaut Courtois from Chelsea in the summer. Following Zinedine Zidane’s return at the helm, Navas has once again become first choice, playing in six of the seven ​La Liga fixtures under the Frenchman.

Dani Carvajal (RB) – The 27-year-old has struggled for form this season but has still featured in 20 La Liga games. His excellent passing and crossing ability have been key components of Real’s success in recent campaigns.

Raphael Varane (CB) –  The World Cup winner is another ​Real player who has suffered a dip in form this campaign. Despite this, he has still been a regular in the side, starting 28 league games. ​Varane has formed a strong partnership with ​Sergio Ramos at the heart of Real’s defence and is renowned for his tackling, reading of the game, and ball-playing ability.

Nacho (CB) – Nacho is expected to start in this game in the absence of the injured Ramos. Versatile and industrious, he has often played as a right back this season.

Marcelo (LB) – After starting at least 20 league games in each of the last five seasons, ​Marcelo has only started 17 this season. The 30-year-old has struggled and was eventually dropped by previous manager Santiago Solari. He is another player who has benefitted from the appointment of Zinedine Zidane, regaining his place, starting five of seven league games since the 46-year-old took over. Casemiro (CM​) – ​The 27-year-old Brazi international has appeared in 27 La Liga games this season. He has shone in recent years with his reading of the game, ability to make interceptions and tackling.

Luka Modric (CM) – ​The Ballon d’Or holder has matched his record goal tally in a season for Real in this campaign, with four goals in all competitions. He is widely considered to be among the best midfielders in the world, with his strongest attributes being his excellent passing, vision, dribbling and reading of the game. He has failed to replicate his form of recent seasons in the current campaign but remains a key player for Los Blancos.

Toni Kroos (CM) – ​Kroos has started 23 league games this season, providing four assists. He has established himself as one of the best midfielders in the world in recent years, impressing with his range of passing, vision, set-piece delivery and ability to strike the ball accurately from distance. 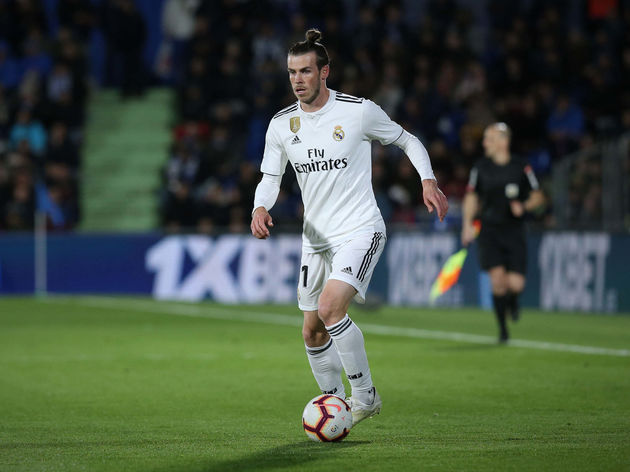