​Ajax defender Matthijs de Ligt remained tight-lipped over where he could end up this summer, while naming three of his favourite centre backs in the world.

The young defender has been the subject of great speculation in recent months, with reports linking him with a potential move to either Barcelona, Real Madrid and Liverpool amongst others.

When posed the question over who his top three defenders in the world were in a Q&A session with his followers on Instagram, De Ligt appeared to play it safe with his answer. 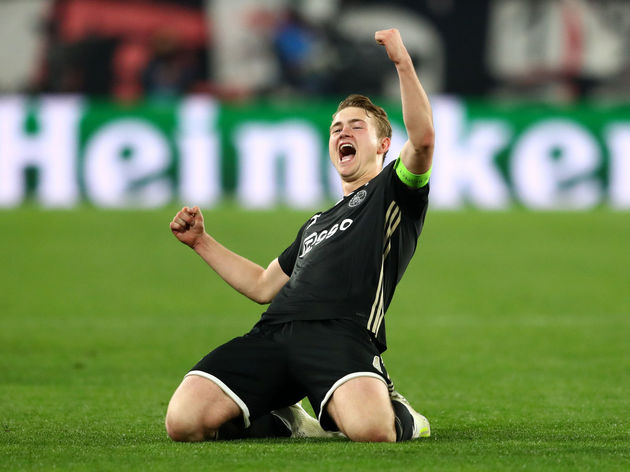 He said (as quoted by ​Goal): “​Sergio Ramos​Gerard Pique

With Ajax embarking on an extraordinary run to the Champions League semi-finals, the 19-year-old insisted that he had yet to make a decision on his long-term future.

He added: “I haven’t made a decision yet so I don’t know (if I will stay). I am only focused on the last games of the season for now. We still have a lot to play for so let’s finish this season in a good way.”

With Barcelona already having secured the signing of teammate Frenkie de Jong for a fee in the region of £65m, De Ligt admitted that he does not expect to command the same money as his Dutch compatriot.