14 years to the day since his first goal at senior level, Lionel Messi hit strikes 599 and 600 for Barcelona, as the Catalans saw off Liverpool in the Champions League semi-final first leg.

As unprecedented as the feat may seem, however, it isn’t the first time someone has registered goal number 600 at club level. It’s been done before, even if only six times in the literal history of professional football.

No surprises here. Messi’s perennial antagonist hit his 600th across four clubs earlier this month in a 1-1 draw with Inter.

You could go back on forth on statistics all day between these two and never find a conclusive winner, in truth, but in terms of joining the 600 club, it’s Barca’s little magician who comes out in front. Ronaldo broke the barrier first, but it took him 801 games to do so, whereas Messi did it after 683.

Liverpool are the 76th team he has scored past for Barca

Let’s not take anything away from Ronnie, however. He’s the Champions League’s all-time top scorer, winning the trophy five times, and claimed his sixth domestic title earlier this season when Juventus clinched Serie A.

The Hungarian legend is thought of as one of the greatest strikers ever, and while his headline heroics came on the international stage as part of Hungary’s ‘Mighty Magyars’ – for whom he netted 84 goals in 83 appearances, during which time they went undefeated for a historic 32 consecutive games – he didn’t do too badly at club level either.

He featured for Budapest Honved for the most part, venturing into Spain with Real Madrid at his peak, where he would score 242 times in just 262 matches. His goals would help Real to three European Cups, and a casual five league trophies on the bounce before retiring.

– Unlike some other strikers who were just lethal goalscorers, Gerd Muller was not just a poacher, but was the reason why Germany and Bayern are what they’re now. Franz Beckenbauer hailed him the greatest German player ever. pic.twitter.com/CYsSct0R4g

Another whose international career perhaps outshone his club performances (68 goals in 62 games for West Germany will do that for you), former Bayern striker Gerd Muller was one of the best poachers of his generation.

He was known for his economical use of what Franz Beckenbauer described as ‘incredible’ pace, using short bursts of speed and agility to put defenders on the back foot, and in doing so helped Bayern to an era of domestic dominance throughout the late 60s and 70s.

Signing for FC Hollywood off the back of a season which saw him net 51 goals in 31 appearances for 1861 Nordlingen in the seventh tier of German football, he quickly fired Bayern to promotion to the Bundesliga in 1965, and would finish as top scorer in the top flight no less than seven times, winning it on four of those occasions.

Interestingly, he had held the record for most goals for a single club (564) until Messi claimed that mantle last year. 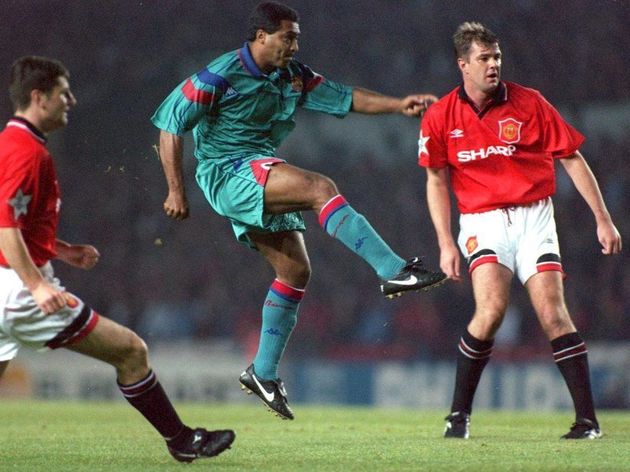 Though much of his career was dotted throughout Brazil with a number of spells at Vasco da Gama, Flamengo and Fluminese, his ventures onto the continent were littered with success. He won three Eredivisie titles with PSV and one La Liga with Barcelona, scoring 166 goals for the two clubs, and was described by everyone from Roberto Baggio to Johan Cruyff as a generational talent.

Since retiring, he has transcended football into a political career, and served as Rio de Janeiro’s Federal Deputy between 2011-2015.

Brazilian legend Pele tried to claim north of 1,200 goals over the course of his career, but counted friendlies amongst all that, so in the end, his actual total is a touch more modest than some would have you believe.

Still, it’s nothing to scoff at, is it? He is still well deserving of his status as one of the greatest players ever, winning six domestic titles with Santos and basically every personal honour there is to win.

And that’s before we start on his exploits with the Brazil national team.

Like most players who scored their goals in the early part of the 20th century, there is much debate over how many goals Austrian-born marksman Josef Bican – credited by some as Europe’s most prolific goalscorer – actually scored.

The official line from UEFA is 517 league goals, but some places credit him with an obscene amount of cup goals that take him well into the 700s, so we’ll give him the benefit of the doubt here.

If he did hit anything close to the 777 figure in question, then least the Slavia Praha and Rapid Vienna great was humble with it. ​UEFA