​​Mateo Kovacic’s season-long loan at ​Chelsea is coming to an end and it’s time for the club to decide if they will sign the Croatian permanently this summer.

Maurizio Sarri has already expressed his desire to keep 24-year-old in west London beyond this season, as the Blues boss believes Kovacic can become a ‘very good central midfielder’.

After all, a three-time Champions League winner with Real Madrid must have something to offer. 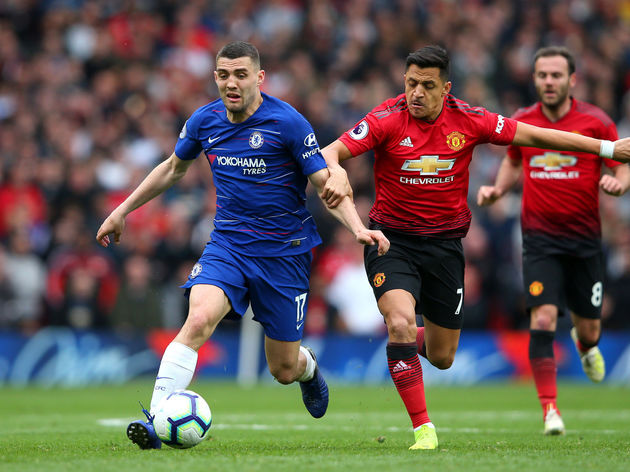 Kovacic has made 47 appearances for Chelsea in all competitions, including 35 starts. He’s a tidy footballer, he’s technically gifted, he’s got a good turn of pace.

But what does Mateo Kovacic actually do?

During Thursday’s draw with Eintracht Frankfurt, the Croatian replaced Man of the Match ​Ruben Loftus-Cheek for the final ten minutes and with one of his first contributions to the game, he gifted us with a perfect microcosm of his time at Stamford Bridge. He picked the ball up in midfield. He ran forward. He was met by an opposing midfielder. He circled back. He carried the ball for a few more touches and ran straight out of play.

​​Supposedly playing as an advanced midfielder, he has registered just two assists in the Premier League this season. Across all competitions, that figure rises to…. nope, it’s still two.

But in all fairness, for Kovacic this is a stellar season – he’s just one assist away from equalling his highest total of assists in a single season for Real Madrid (3).

With this in mind, it should be no surprise to learn that he is yet to score in a Chelsea shirt. In fact, it’s been 825 days since his name has been seen on a scoresheet.

Mateo Kovačić has scored as many goals for Chelsea this season as Danny Drinkwater (0).

Since that fateful day in January 2017, Frank Lampard has retired from football, had a stint as a TV pundit, completed his coaching badges, released the 19th and 20th instalments of his children’s book series and been appointed manager of ​Derby County.

Kovacic doesn’t score. He doesn’t create. He is neat and tidy on the ball, but that’s as good as it gets. So it begs the question – why is Sarri prepared to meet Madrid’s asking price of £42.7m this summer?

Of course, Chelsea may not even be able to complete the deal if the looming transfer ban is implemented this summer, but a permanent move for Kovacic would be a huge waste of money and a talented academy player would once again find their path to the first team blocked by a mediocre senior player. 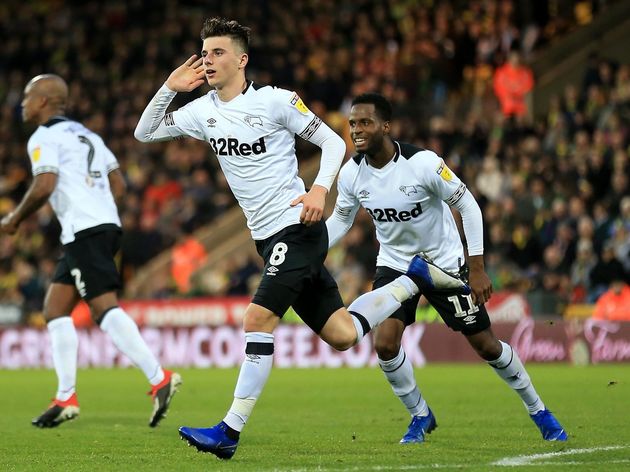 That talented academy player is Mason Mount. The 20-year-old has spent the last two seasons on loan in the Championship and in the Eredivisie, scoring a total of 23 goals and assisting 15. Not to mention the fact Mount was named Player of the Year during his spell at Vitesse Arnhem and earned a senior England call-up on the back of his performances for Derby County.

If Kovacic were to stay, it would likely mean a third loan for Mount and the midfielder would fall deeper into the dreaded Chelsea Loan Cycle, grow disillusioned with the club and move on to pastures new.

Getting pretty fed up of this “who’s the GOAT” bollocks.

Can’t we just enjoy Messi and Mason Mount while we can?

Even established senior squad members and England internationals ​Ross Barkley and Ruben Loftus-Cheek have had their game time compromised by the Croatian’s loan spell, so what hope is there for Mount?

As I see it, this summer has three possible outcomes.

1. Real Madrid finally sign ​Eden Hazard and, as a gesture of goodwill, offer Mateo Kovacic to Chelsea for a cut price. A great deal for Madrid in every way.

2. Regardless of Eden Hazard’s decision, Maurizio Sarri gets his wish and​Liverpool

3. Chelsea are hit with a transfer ban and Mateo ​West Ham United​Mark Noble