​Real Madrid host a struggling Villarreal at Santiago Bernabéu on Sunday in a battle between La Liga’s third and 14th placed teams.

Los Blancos come off the back of a dismal 1-0 defeat to 19th placed Rayo Vallecano, which saw Madrid outplayed by a team that had only won one of their last 12 games in La Liga.

Madrid failed to create any clear cut opportunities in that match, and will be looking to bounce back to regain any positives from a truly woeful season.

Meanwhile, Villarreal seem to be a team reborn since they got knocked out of the Europa League by Valencia. They’re now unbeaten in four league games and it looks as though their slump in form may be over.

​​With only three games left in the La Liga campaign, both sides will be looking for a strong finish to end what has been a dreadful season for both clubs.

​Real Madrid will be without pivotal players for this clash against El Submarino Amarillo. ​Sergio Ramos, Álvaro Odriozola and ​Karim Benzema are still out with injuries, with Ramos and Benzema only recently returning to light training earlier in the week.

Keylor Navas may regain his place on the bench after coming back from injury, and Vinicius Junior may finally return to the starting XI. Villarreal go into this match needing a result as they only sit five points clear of the relegation zone, and any points against a lacklustre Madrid side could guarantee them safety.

Bruno Soriano, Miguelon and Daniele Bonera will definitely miss out through injury. Karl Toko Ekambi and Santiago Caseres are both suspended, while there are concerns over the fitness of Carlos Bacca and Manuel Morlanes.

Villarreal and Real Madrid have faced off a total of 39 times in their history, with the first game coming in Villarreal’s inaugural game after being promoted to the top flight in 1999, that game ended in a 4-1 victory for Madrid.

Real Madrid have controlled this fixture over the years, only slipping up and losing four times to Villarreal, with the latter’s last victory coming last season. In the first match between these two sides earlier in the season, it ended in a 2-2 draw at Estadio de la Cerámica, with ​Santi Cazorla getting both goals for Villarreal and Benzema and ​Raphael Varane slotting in Madrid’s two.

Real Madrid have been in average form over the past month in La Liga, as they’ve both won, lost and drawn two games in that time. They’ve scored seven and conceded five goals in the past month, with their main problem coming from a lack of attacking opportunities being created and also from their terrible away record this season.

Villarreal on the other hand have had a much busier month, playing a colossal eight games in the month of ​April, including a 4-4 thriller at home against ​Barcelona. In that time they’ve only won three of those games, drawing two and losing the other three.

But two of those losses came at the hands of Valencia during the quarter finals of the Europa League, hence the high number of games played. Since being knocked out by Valencia, their form has been on the up and they go into this Madrid game confident. Here’s how each team has fared in their past five games in all competitions.

Due to the horrendous season Real Madrid have had, the players will go into this game hoping to prove a point.

Madrid have also been in stellar form at the Bernabéu as of late, they’re currently unbeaten in four home games in the league, and this match against Villarreal should be a real test for them.

Madrid are also without their star man in the form of Benzema, but have injected a bit of youth into the team with Vinicius, and that should help solve their attacking problems. 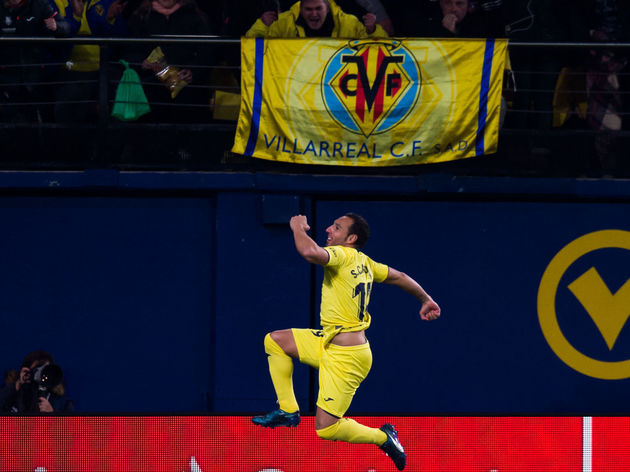 Villarreal go into this game on a good run of form and any points gained from this fixture should help solidify their safety in the league.

Due to the lack of a clinical edge Madrid have shown in the past few games, Villarreal may be able to nick a few goals on the counter attack if they remain patient. Both teams desperately need something from this game as they look to finish the season on a high, so this game could easily go either way.