James Rodriguez is set to leave Bayern Munich and return to Real Madrid this summer, but Los Blancos will be more than happy to listen to any offers for the Colombian during the transfer window.

Rodriguez has spent the past two seasons on loan at Bayern, making 67 appearances for the German champions, and initially looked set to join them on a permanent deal once the loan expired. 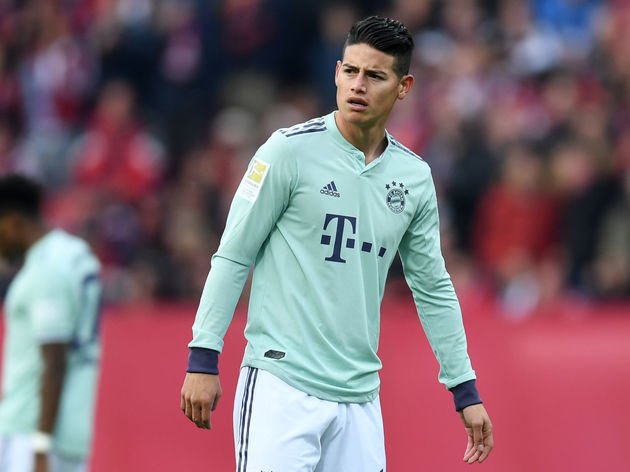 However, ​Marca are reporting that the relationship between ​Rodriguez and ​Bayern coach Niko Kovac is now beyond repair, which means that the Bavarians are consequently willing to send him back to ​Real Madrid.

The club’s hierarchy were keen on hanging on to Rodriguez, but the Croatian coach has made it clear that he is unhappy with the midfielder “In Madrid, I have everything: my house, people who love me. We will have to see what happens, but at the moment I have a contract with Bayern Munich.

“I just want to finish the season and we’ll see what happens.”

Unfortunately for Rodriguez, it appears that his future is unlikely to lie in Madrid. Current manager Zinedine Zidane allowed Rodriguez to leave the club back in 2017 and he has no plans for him once he return from Bayern this summer.

Rodriguez is willing to play a secondary role, but Zidane seems to have made it clear that there is no place for the 27-year-old in the squad.