​Real Madrid are set to travel to the Anoeta Stadium on Sunday to face Real Sociedad in a matchup between La Liga’s third and eighth placed sides.

Los Blancos come off the back of a tense 3-2 win at home to relegation-battling Villarreal, in which Madrid outcast Mariano scored twice to make a claim for his place in the starting eleven, while defender Jesus Vallejo scored the final goal for Madrid.

La Real come in off the back of a victory away from home to tenth placed Alaves, with Manuel Sanchez scoring an own goal to seal the result.

With only two games left in this La Liga campaign, Zidane’s side and La Real will be looking to end on a high after two relatively underwhelming seasons.

One injury boost for ​Real Madrid ahead of the clash with Sociedad is the availability of ​Karim Benzema, who returned to regular training with the rest of his teammates on Wednesday. They will still be without their captain ​Sergio Ramos, who is still absent from training – while Zidane will also still be without 23-year-old right back Alvaro Odriozola.

Madrid can still pinch second place off of their local rivals ​Atletico Madrid, as long as Atleti lose both of their final games. 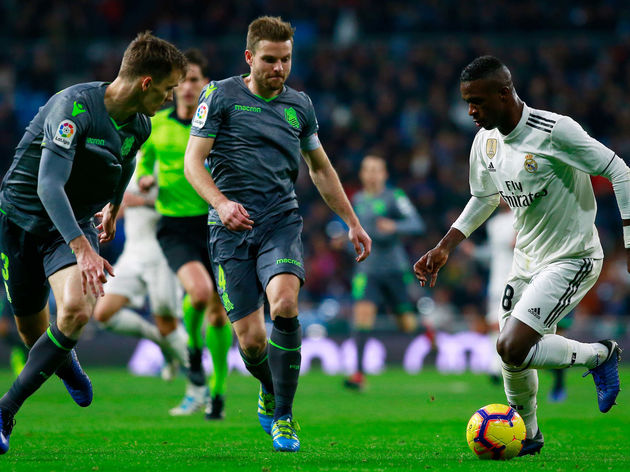 Sociedad however are without a number of pivotal players, with David Zurutuza, Aritz Elustondo and Luca Sangalli still on the treatment table. Asier Illarramendi, Adnan Januzaj and Ander Guevara are also doubtful for the game, and Theo Hernandez is ineligible due to being on loan from Real.

Real Madrid and Real Sociedad have faced off a total of 143 times throughout their long histories, with the first recorded meetup between these two historic clubs occurring all the way back in 1928 – a 2-1 victory for Real Madrid.

Madrid have dominated this fixture in every sense of the word throughout history, winning a colossal 81 times and scoring 312 goals, whilst Sociedad have only won 25 times and scored 175 goals. 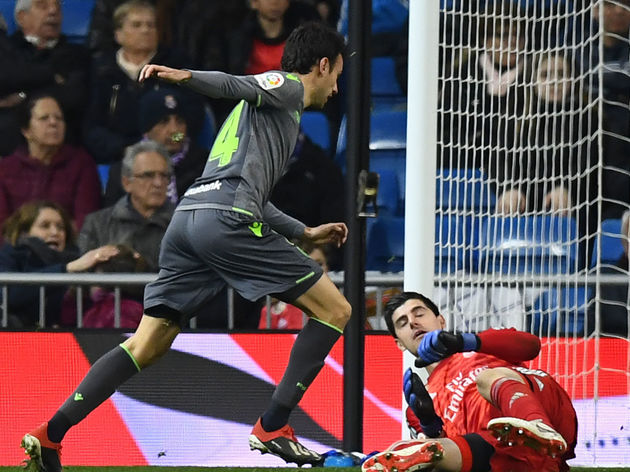 Despite all of this though, Sociedad ended up coming out on top in the reverse fixture at the Santiago Bernabéu this season with a 2-0 victory courtesy of goals from Ruben Pardo and Willian Jose.

Real Sociedad have been in average form over the past five games, winning two, losing two and drawing one. In that time they’ve managed to score a meagre five goals but conceded only three.

Madrid on the other hand have been in slightly better form, winning two games, drawing two and only losing one. In those five games Madrid have scored seven goals and conceded four.

It’s not been great. Is the thing. 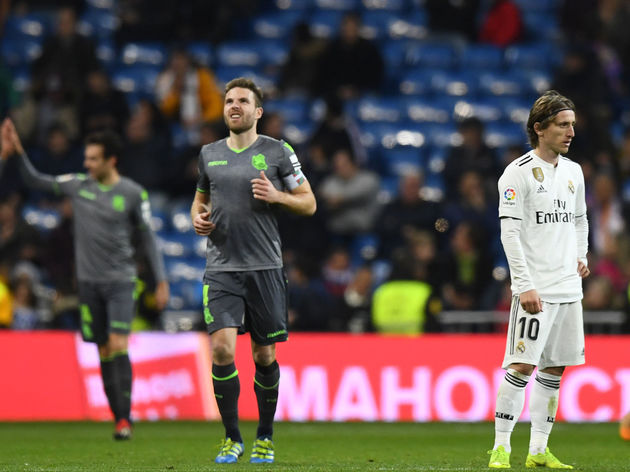 Here’s how both sides have fared in their past five games in all competitions.

Real Sociedad go into this game knowing that the result won’t change their situation: they can’t get relegated and can’t reach European qualification. However, a win against a titanic side like Real Madrid would cap off a reasonably underwhelming season for Sociedad. 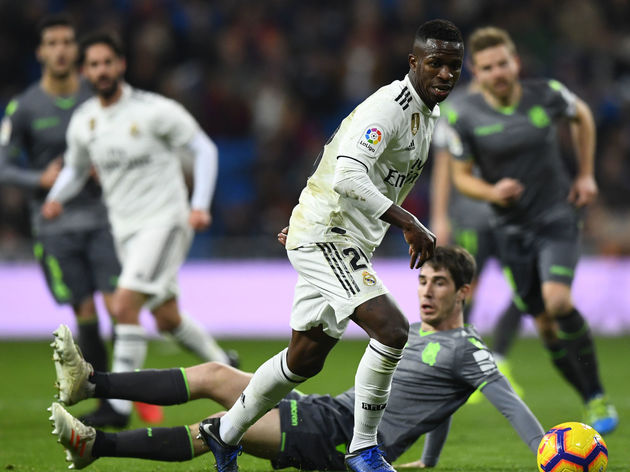