​It’s been a long time coming, but Real Madrid fans finally have something to celebrate this season, as they have retaken their place as the most valuable brand in world football.

The news comes from Brand Finance, the world’s leading independent brand valuation consultancy, who every year releases its Football 50 – taking into consideration income and success on the field to establish the 50 most valuable football clubs in the world.

Here, we’ve had a look at the top ten, featuring six representatives from the Premier League. ​Tottenham will face Liverpool in the Champions League final next month and maintain their place in tenth, but notably see their value jump by 20% to $758m.

They were the only club on the list not to venture into the transfer market over the last 12 months, so this will likely play a part in their solid financial performance, alongside their increased standing in the European game.

They have also qualified for the Champions League for the fourth year running, so will likely only improve in the years to come. ​The Gunners have dropped one place since last year to ninth but their drop in value of just 0.8% to $885m won’t exactly be a huge concern considering the transitional period the club is in at present.

They are one of three English sides to see a marginal dip in their valuation over the last year, but should they emerge victorious in next month’s Europa League final, they could see their standing rocket in 2020. 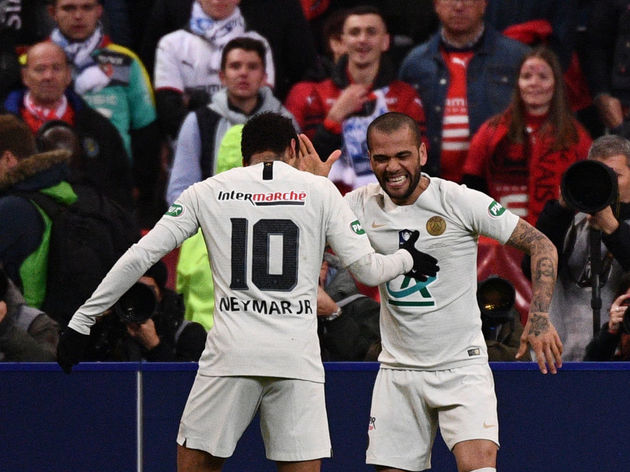 PSG continue to falter in Europe, this year throwing a two-goal lead against ​Manchester United in the last 16, but it seems their persistent domestic dominance nonetheless continues to reflect positively on their valuation.

Like Spurs, they’ve seen a sizeable increase in value, and are the second most improved side in the top ten, up by 21% since last year’s showing. They’ve leapfrogged Arsenal into eighth, and commercially at least, they seem to be a team very much on the up. Our third and final London entrant, Chelsea have seen their value drop by around 2% this time around, but maintain their place in seventh without too much fuss.

They remain one of the Premier League’s most valuable sides despite enduring an indifferent season on the pitch, though will return to the Champions League next year and have a Europa League final on the agenda, so things aren’t all bad. You would be forgiven for expecting to see ​Liverpool rank a bit higher on the list, but it is worth remembering that they are a relative newcomer among the modern commercial heavyweights.

They have enjoyed a strong year on all fronts, and once again a Premier League title challenger with a second successive Champions League final on the horizon, their value has shot up by exactly 20% to take them over the $1bn barrier for the first time. They have, however, remained in 6th. Like most clubs on the list, they’ve seen a pretty decent rise in their standing, up by 13%, but fall just short of… It’s been a disastrous season for Barcelona. I mean, they’re only 11 points clear at the top of La Liga, and haven’t even won the Copa del Rey yet ahead of their final with Valencia next month. What a shambles.

That’s the perception after their Champions League quarter-final capitulation against Liverpool, at least, but their results here leave little to complain about. They consolidate third place, with a rise of 12%, and are showing no signs of moving. United have taken a bit of a battering on all fronts over the last few years, having been left behind by Europe’s elite due to their outdated infrastructure. That’s likely to be amended in the summer with the introduction of a sporting director, but for now, it reflects pretty badly on their commercial performance.

They’ve seen a drop by as much as 6% in their valuation, and have been knocked off top spot. With no Champions League football next season, they are likely to have some rebuilding job on their hands in the years to come. There’s no surprise to see Real Madrid on top here, as they remain one of the biggest clubs in the world despite their poor recent performances, but they have admirably improved by as much as 27%, clearly feeling the benefits of that third successive Champions League win.

They’ve retaken top spot for the first time since 2010, and are once again the most valuable club in the world. How that will look after they sign 250 new players this summer, however, remains to be seen.