​Real Madrid centre-back Raphael Varane has confirmed he is staying with the club, ending speculation over a potential move to Manchester United.

The World Cup winner is a long-time United target and has been linked with a move away following a disappointing season for Real. Los Blancos made their way through three managers but even the return of Zinedine Zidane failed to inspire an improvement in form – the club finishing third with just 68 points. 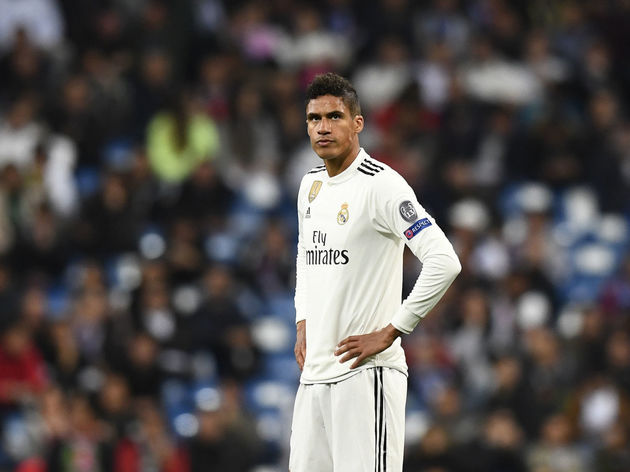 However, French international Varane has reaffirmed his commitment to the club. Speaking in an interview with ​MARCA, the defender said:

“We have fought and we have tried hard, we can not blame anything, but it is true that we missed that spark in the difficult moments.” Varane has developed into a key player for ​Real since joining in 2011 and was crucial to the three consecutive ​Champions League wins under Zidane. However, like the whole team, his levels dropped this season and Varane emphasised the need to improve going into 2019/20.

“They are cycles, I have not been at my best level but I will see the best Varane again,” he added.

“We have to evolve and Zidane is clear about it, we have to rebuild, we have to change things as in a change of cycle.”

Varane’s commitment to Madrid will come as a blow to potential suitors. According to ​L’Equipe, Manchester United and PSG both spoke to the defender’s entourage, while ​Juventus have also been linked. However, none of the interested parties have been able to convince Varane of a move away from the Spanish capital.

​only be sold if his €500m release clause is met

Real manager Zidane has also been clear in his intent to keep hold of Varane, and the 26-year-old will continue to be a key part of the club’s plans as they look to recover from a miserable 2018/19 season.