​Arsenal are believed to be just ‘one step away’ from signing Real Madrid midfielder Dani Ceballos on a season-long loan this summer.

The 22-year-old wasn’t a regular feature at the Santiago Bernabéu last season and the club are looking to offload Ceballos, following his stunning performances at the Under-21 European Championships, after Real Madrid’s €300m summer spending spree.

Despite appearing to be close to joining north London rivals Tottenham, Spanish outlet AS now backs Arsenal as the frontrunners for Ceballos’ signature, claiming that the Gunners are just ‘one step away’ from signing him on loan. 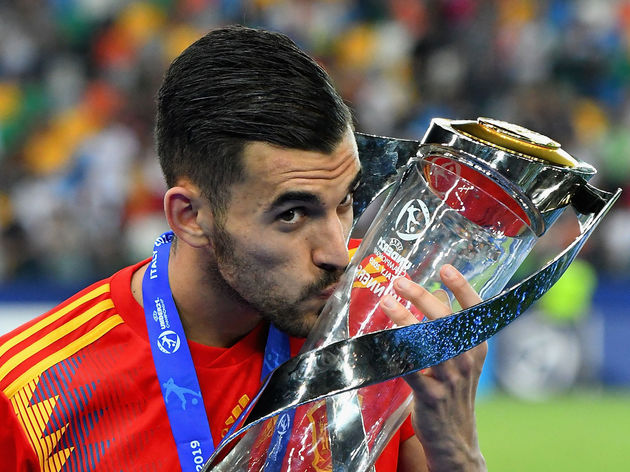 Marca has also peddled the most recent Arsenal narrative, with their report adding that Ceballos’ switch to Emirates Stadium will not include an option to buy the midfielder next summer.

Although these latest developments would suggest that Arsenal are on the cusp of their second signing following the arrival of Gabriel Martinelli – he scored on his pre-season debut against Colorado Rapids – it would prove to be a major U-turn from Ceballos’ initial stance this summer.

It’s been widely reported throughout the summer transfer window that Ceballos still sees his long-term future at the Santiago Bernabéu, and on Monday it was claimed that Real Madrid have also backtracked over their willingness to let him leave on loan.

Los Blancos have been struggling to add to their midfield despite targeting Paul Pogba and Christian Eriksen, so it’s believed Zinedine Zidane would actually consider keeping Ceballos as another option next year.

But these most recent updates have pointed to talks with Arsenal manager Unai Emery as key is convincing Ceballos over a move to north London for the upcoming season.

The Spain Under-21 international has also been scouted by Liverpool and Milan at times this summer.