With footballers’ ever-growing power over their clubs, extreme actions to ensure their demands are met, such as refusing to train or travel with the rest of the squad, are becoming commonplace.

After Gareth Bale’s transfer to Chinese Super League side Jiangsu Suning was cancelled by Real Madrid, much to the dismay of both player and manager Zinedine Zidane, can all parties still benefit?

Here are four examples of when a club was right to deny their superstar’s transfer request. 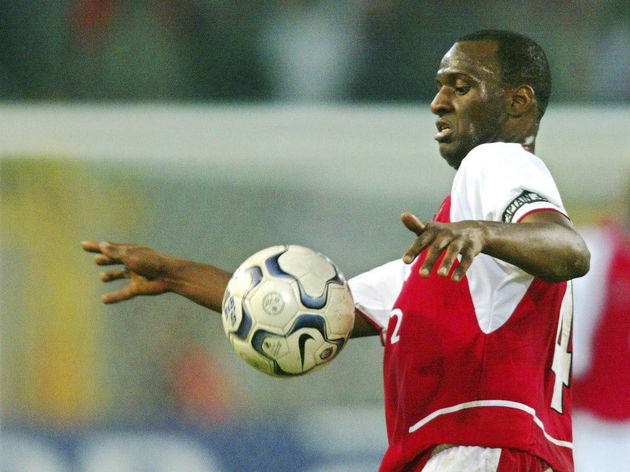 Following a trophyless 2000/01 Premier League season, 25-year-old Patrick Vieira, fresh from his Player of the Season award, looked for a move away from Arsenal.

The midfielder publicly voiced his intentions, stating: “As far as I am concerned the matter is resolved. I am leaving Arsenal and have made that perfectly clear.”

With Manchester United and Real Madrid expressing interest in the Frenchman, the Gunners stood firm and refused to sell the player.

Vieira continued to perform, even after his wishes were not met, and was made captain in May 2002 following a Premier League and FA Cup winning season and the retirement of club legend Tony Adams.

The Frenchman was named in the three consecutive PFA Team of Year sides following his desire to leave the North London club in 2001 and led the ‘Invincibles’ to the 2003/04 title. In 2009 Franck Ribery expressed his desire to join Cristiano Ronaldo and Kaka at Real Madrid, saying: “I have made up my mind. I want to leave. It will be Real or nothing.”

The 26-year-old attacker, who already had already won one Bundesliga title, was denied his request and was seemingly appeased by the arrival of Arjen Robben that summer.

‘Robbery’ provided Bayern Munich with one of the most potent attacking threats in world football and helped Ribery win a further eight league titles and the 2012/13 Champions League.

The Frenchman featured in five kicker Bundesliga Team of the Seasons, had the most assists three times and was Player of the Year in 2012/13. After the infamous bite on Chelsea’s Branislav Ivanovic, Luis Suarez was desperate for a move away from Liverpool in 2013, with Arsenal placing the incredibly cheeky bid of £40,000,001 in an attempt to trigger his release clause.

The Uruguayan cited the excessive media attention and an alleged ‘broken promise’ made by the then manager Brendan Rogers that he would be allowed to leave if the Reds failed to qualify for the Champions League, as his motivation for wanting to leave.

Rogers responded by denying that such a promise was ever made and said that the player had shown “total disrespect” for the club. The striker was reported to be training away from the first team but was not allowed to leave. A great decision for both player and club.

The 2013/14 Premier League season proved to be the Suarez show as the striker scored 31 goals in 33 games to pick up the league’s Golden Boot and share Europe’s Golden Shoe with Real Madrid’s Cristiano Ronaldo.

Although Suarez’s heroics were only enough to guide Liverpool to second place, just two points off Man City, the personal accolades continued to come with the Uruguayan winning the PFA Player of the Year, Premier League Player of the Season and the Football Association Writers Player of the Year Awards.

Suarez finally earned his move to Barcelona in the summer of 2014 for €82.3m. Cristiano Ronaldo expressed his desire to leave Old Trafford in 2008 after guiding Manchester United to league and European success, picking up his first Ballon d’Or in the process.

The then FIFA president Sepp Blatter said it was “modern slavery” for Man Utd to deny Ronaldo a move to Real Madrid, which the Portuguese attacker agreed with.

However, Sir Alex Ferguson’s decision to keep him for another season proved prosperous for both parties as United won their third consecutive Premier League title and reached another Champions League final.

Although Ronaldo failed to live up to the great heights that he achieved the previous season, he was still named in the PFA Premier League Team of the Year and was rewarded with his dream move to Real Madrid for the then world-record fee of £80m.