Donny Van de Beek has confirmed that Real Madrid have been in contact with his current club Ajax over a possible transfer.

Van de Beek was one of a number of players who shone for Ajax in their incredible season last year, which saw them reach the Champions League semi-final following impressive victories of Juventus and Los Blancos, as well as win a domestic double. 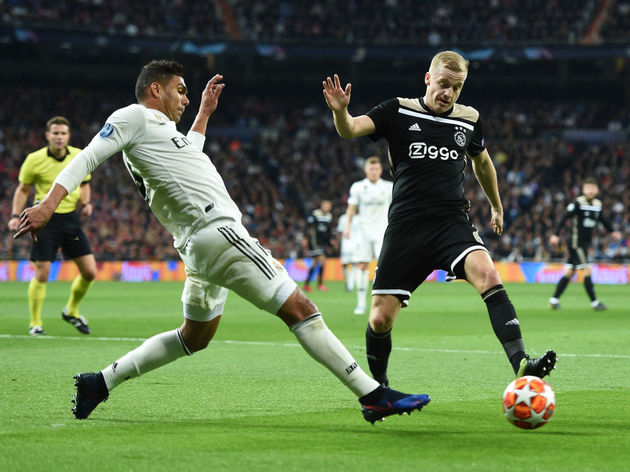 Whatever the Dutch midfielder did in his two matches against ​Madrid was clearly enough to convince the Spanish giants to pursue him, as revealed by the midfielder’s latest comments.

As quoted by ​Marca, Van de Beek spoke to reporters after a 2-2 draw with Vitesse yesterday, saying: “ ​Luka Modric has been an integral cog in the Madrid midfield for several years, but at the age of 33, he cannot be relied upon to the same extent anymore. Meanwhile, Casemiro and Toni Kroos are both in their late 20s.

Van de Beek, 22, would provide competition in the centre of the park in the short-term, with the long-term aim of a regular spot in years to come.