The Champions League group stage draw has been made, leaving clubs and their fans to analyse the difficulty of their group and whether they’re going to stay in Europe’s elite competition beyond Christmas.

Some will be happy with their draw (Manchester City), whilst others will be left cursing their luck and telling everyone within earshot that their team never gets the rub of the green. They may have a point, or they may just love a moan. It’s probably the latter.

Still what cannot be argued is that there are some intriguing matchups to look forward to when the competition gets underway next month. For example… 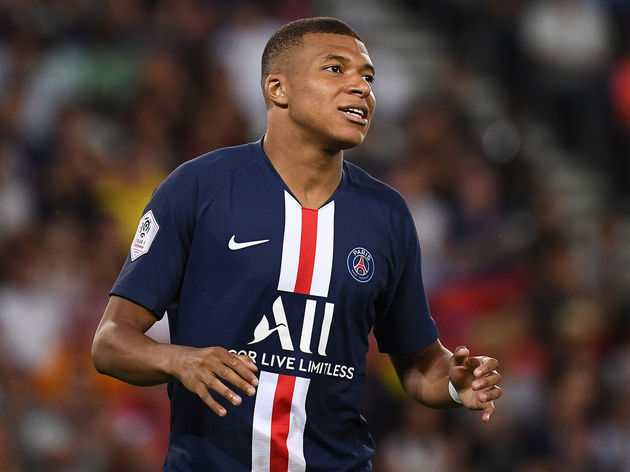 PSG have dominated domestically for much of the past decade. However, that has not translated on to the European scene. They have rarely looked like going all the way in the Champions League, and have become known as the team that blow golden opportunities in recent years.

There was the remarkable collapse against Barcelona in 2017, and then their dramatic defeat to Manchester United earlier this year. Sandwiched in between was a last 16 loss against Real Madrid

Madrid have won four of the last six editions of the competition, but were humiliated on their home turf by Ajax last season as they were dumped out before the quarter-finals. The two sides have plenty to prove, this one cannot be missed. Bayern looked a shadow of their former selves last season as they were brushed aside with ease by Liverpool in the round of 16. They did go on to retain their Bundesliga title, but it was an underwhelming campaign overall.

Yet with the signings of Philippe Coutinho and Ivan Perisic

Still, they have been slowly improving in Europe over the years, and last season showed that they belong with Europe’s elite. Another cup run could be just what the side need to lift spirits after a disappointing start in the league this year.

A rematch of last season’s gripping last 16 encounter. When the two sides were drawn to face each other in the knockout stages in early 2019, many expected a tight, defensive affair with very few goals. Not a bit of it.

Atletico dominated the first leg, eventually getting their reward with two late goals to take a clear advantage to the Allianz Stadium. Many wrote off Juventus, but the Bianconeri – and in particular Cristiano Ronaldo –

The five-time Ballon d’Or winner scored a hat-trick to turn the tie around, securing a 3-2 aggregate win for his team. Atletico will have wanted revenge from the moment that final whistle blew. They will get their chance to exact it perhaps a little sooner than they expected.

Liverpool may have won last season’s competition, but they did not have things their own way throughout their run to glory and Napoli provided them with one of their biggest tests along the way.

That’s right, the two teams were also placed in the same group last season as well, with both sides claiming one win apiece. Napoli won the first encounter in Italy thanks to a late Lorenzo Insigne goal, but the return game at Anfield last December will be the one that is remembered.

In that match, Liverpool had to win 1-0 or by more than two goals to progress to the knockout stages at Napoli’s expense. Mohamed Salah gave Liverpool the lead, and Jurgen Klopp’s men had plenty of opportunities to put the game to bed, but were unable to. Napoli conjured up one final chance in stoppage time, but Arkadiusz Milik was brilliantly denied by Alisson. Had that gone in, Liverpool were out. On such fine margins do dynasties rise and fall. It has been four years since Barcelona last won the Champions League. To some that may not seem a long time, but for a team that includes Lionel Messi

Barcelona’s last two European runs have ended in bitter disappointment, giving up three goal leads on both occasions. In 2018, it was Roma who produced a miraculous comeback, whilst back in May it was Liverpool who dragged the tie back in their favour at Anfield.

Now Barcelona must regroup, but that won’t be easy against a flourishing Dortmund team. Boasting talent such as Jadon Sancho and Marco ​Reus, Dortmund pushed Bayern all the way in Germany last season, and seem intent on doing the same this year. They will fancy their chances of upsetting Barcelona, especially after topping a group that contained Atletico last year.

They have been placed in a group with one of last season’s surprise packages, Ajax. The Dutch club have been a sleeping giant for a number of years, but they put themselves firmly back on the map by making the semi-finals in 2019, beating Real Madrid and Juventus along the way. Indeed, they were a matter of seconds away from seeing off Tottenham and reaching the final.

A tough reintroduction to Europe’s elite club competition for Chelsea, with Ajax ready to prove that last season was far from a fluke (even if they’ve lost their defensive and midfield rocks). There will be some who will doubt whether Atalanta can realistically challenge Pep Guardiola’s all-conquering side. That remains to be seen, but the Serie A outfit are certainly a team to watch out for.

Atalanta finished third in Italy last season, ahead of the likes of Inter, AC Milan and Roma to show that they are a force to be reckoned with. Their front three of Alejandro ‘Papu’ Gomez, Josip Ilicic and Duvan Zapata were in dazzling form, and they will hope to cause ​problems in the Champions League as well. There is clear excitement surrounding Inter at the moment. ​They have arguably the best manager in Italy in Antonio Conte, and following some high-profile summer signings such as Romelu Lukaku

Can they also make their mark in Europe? Conte struggled to make an impact in the Champions League when he coached Juventus, but now he has another chance to succeed. He will want to seize it. Not a great deal was known about Red Star ahead of last season’s group stages. Placed in a group with Liverpool, PSG and Napoli, many expected them to be consistently embarrassed.

They did suffer some heavy losses along the way, but they were able to produce one of the biggest shocks of the season when they beat Liverpool 2-0 at home. They also drew 0-0 with Napoli to prove that it was not a one-off.

That is why Tottenham As you can see, Group F is the pick of the groups. This clash of styles should make for an intriguing battle.

Dortmund are a team who play with flair, creativity and almost guarantee goals every time they play. Meanwhile, Conte is known as being tactically astute, ensuring that his team is defensively sound, whilst also possessing enough to hurt teams in the final third.

Tottenham were able to remain solid at the back, and exposed Dortmund’s defensive flaws in eliminating the German side last season at the last 16 stage. Will Dortmund have learnt from that tie, or will Inter pounce on their mistakes again?