I’ll tell you what’s going on Jerry, the UEFA Champions League is back this week, and it’s been confirmed that your sitcom – Seinfeld – is set to hit Netflix in 2021.

And to celebrate these two great bits of news, we’ll pour out ​a little bit of the bubbly, and re-work/butcher some of the Jerry Seinfeld’s best jokes to preview each of the eight ​UEFA Champions League groups. My theory is 98% of all football played in Group A is merely killing time.

Let’s face it, we don’t really want to watch Club Brugge or Galatasaray play football, do we?

That’s what I thought. We have the blockbuster heavyweight clash between ​Bayern Munich and ​Tottenham Hotspur for your Dad and his tin of Carlsberg.

Crvena Zvezda for your hipster son to try and pronounce and pretend he’s heard of. I tell you what I like about ​Atletico Madrid, they’re hanging in there with the park the bus football, aren’t they? You know they’ve seen the Gegenpress. They’re staying with the bus. I’m impressed by that.

I tell you what I don’t like about ​Juventus, they’re chopping and changing at every opportunity, aren’t they? You know they’ve seen how continuity breeds success. But they’re staying with the reactionary decision making. I’m not impressed by that. 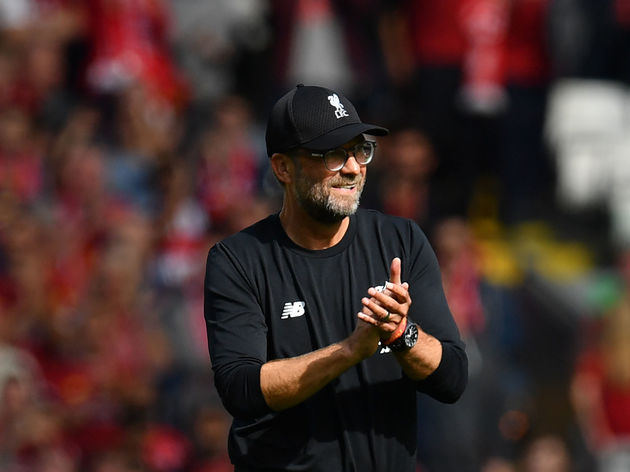 The Gegenpress is one of the only pieces of evidence we have that football managers are still thinking for themselves.

Jurgen Klopp is one of the only managers in world football that’s not trying to copy Pep Guardiola, and you have to respect that. Group F is kind of like having a blender, but you don’t have the top for it. Anything can come out of it at any point in the near future…except for Slavia Prague. Obviously. It’s incredible that everything that could possibly happen in Group G can be summed up in exactly two words: Group H is thought of by many as the most competitive, and therefore best, of all of the UEFA Champions League groups this season. So if Group H is the best group, why are you watching E instead?