​From Paul Pogba and Christian Eriksen to Sadio Mane and Kylian Mbappe, Real Madrid were linked with virtually every attack-minded player worth their salt this summer, having to settle for just Eden Hazard and Luka Jovic in the end.

As the dust and debris left behind in the fallout of the transfer window begins to clear, however, reports have emerged detailing their interest in a player with whom they were never substantially reported to be after; Manchester City’s ​Raheem Sterling. There was fleeting talk of a move, but it was never taken seriously as it was with other players, probably due to ​City being financially untouchable and in a position to win trophies unlike any other club in the world.

​Real Madrid are rarely deterred however, and according to ​The Athletic, they weren’t on this occasion either. Sterling’s people are reported to have met with Jose Angel Sanchez, second in command to Los Blancos’ president Florentino Perez, to discuss a potential move.

– Real met with Sterling people over summer
– Player happy at City but keen to play there one day
– Real might try to force issue this summer
– City likely to offer new deal and are confident he’ll stay#MCFC #RealMadrid https://t.co/pMHXptlrAG

While negotiations were not encouraging enough to convince the Spanish giants to force a move there and then, there is a feeling from both parties that a deal could likely be done down the line. Sterling himself is thought to be keen to move one day, but not for the foreseeable.

Nonetheless, Real feel they could give the deal a serious go this summer, and aren’t pessimistic about their prospects of completing a move for the England star, who has scored six goals for City already this season.

The ​Premier League champions haven’t yet flinched, but if interest keeps up, they could offer Sterling a new deal in a bid to keep him focused on life at City. 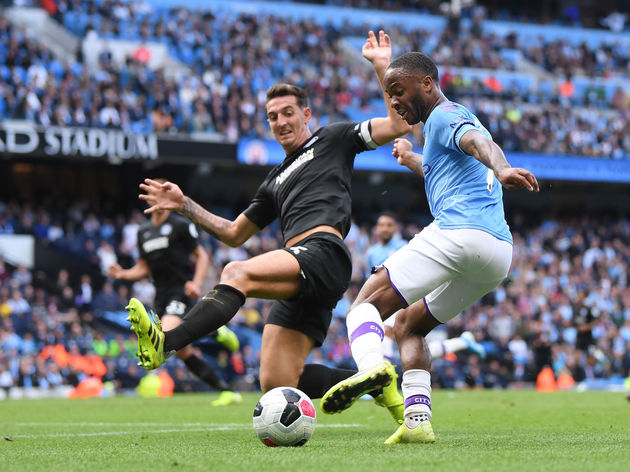 For now, however, he isn’t believed to have his head turned, and feels he is at the best place for his footballing development for the time being.