We may be a mere six games into the new season, but already La Liga has conjured up a number of very interesting narratives. The traditional top three of Spain look nowhere near as imposing as in previous years, with cries of ‘CRISIS’ from the fanbases of both Madrid clubs and Barcelona.

One of the biggest beneficiaries of the big clubs’ slow starts has been Real Sociedad, who currently sit in second place, just one point behind Los Blancos – who have the small matter of a Madrid derby to content with this weekend.

The reasons behind Sociedad’s success are multi-faceted, however special attention – and credit – must be given to one particular ingredient in the uptick in La Real’s fortunes. The arrival of Martin Odegaard.

Stats on telly now. Odegaard made NINE chances. Bloody hell. And his whole play was good, all over the pitch. Always wants ball, and always then passes it straight on, keeping it moving, decisions right every time. Vision, touch, passing. Brilliant.

Brought in on loan from Real Madrid in the summer, the midfielder personally choose to come to the This was nowhere more apparent than in Sociedad’s 3-0 demolition of Alavés on Thursday.

Picking the ball up on the right flank and under pressure from Tomás Pina, Odegaard, in one fluid motion, flicked the ball through the defensive midfielder’s legs, opened up his body and picked out a pass – and w

Somehow, as if he had been gifted with footballing omniscience for a brief moment, the 20-yard had managed to spot the run of Mikel Oyarzabal and played a millimeter-perfect through ball to find the Sociedad number 10.

Oyarzabal finished it off but did not celebrate – not for himself anyway. He was straight off to embrace a grinning Odegaard, who had just provided the assist of the season, playing for a club who finished ninth in the league last campaign.

The picture painted on social media was that this glorious moment was the 20-year-old finally returning from the footballing wilderness, the reality was much different.

Odegaard has been brilliant for Sociedad all season, starring in the sides wins over ​Atletico Madrid and Espanyol recently, but even before this the youngster has been developing at an alarming rate, away from all the intense media scrutiny that comes with being signed by Real Madrid at the age of 15. 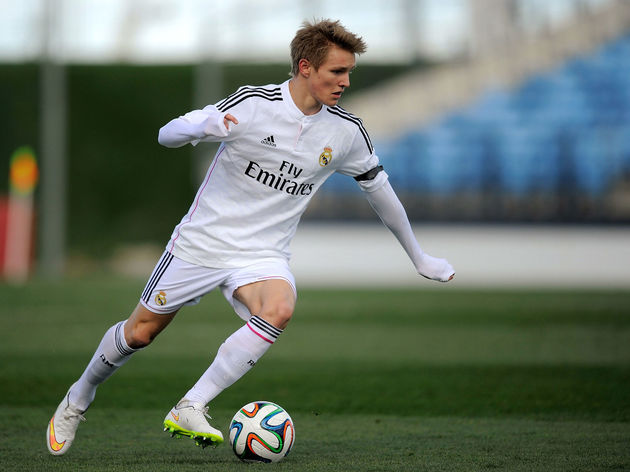 After stunning the world by paying

The first of these loan moves was agreed in January 2017, with Dutch side SC Heerenveen agreeing to take the attacking midfielder for 18 months. The second, a move to Vitesse Arnhem – so often a graveyard for Chelsea’s young players – was where Odegaard’s career really kicked into gear.

Under the tutelage of 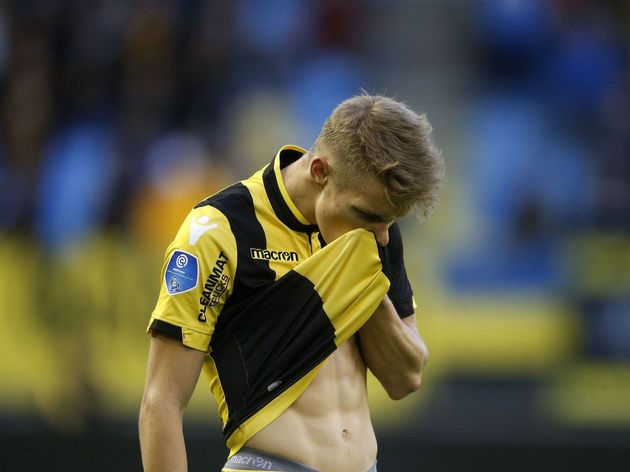 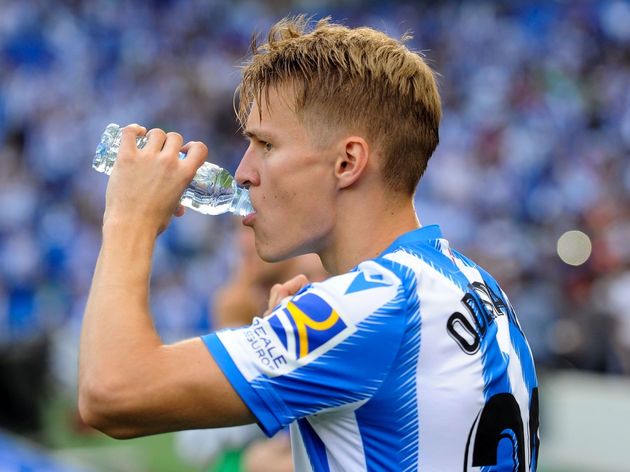 Real Madrid have a gentleman’s agreement with Sociedad for Ødegaard’s 2-year loan move. Real are very attentive to Martin and would want to recover him at the end of the season. To break the agreement they’ll have to pay La Real €2m. [@diarioas] pic.twitter.com/BYuHpxGgXN