​Describing Real Madrid’s start to this season as a crisis might seem a bit extreme given the fact that they were only one game into the Champions League group stages heading into this match, as well as being top of La Liga.

But Zinedine Zidane knew another slip up in Europe against Club Brugge on Tuesday could pile even more pressure onto his future already. 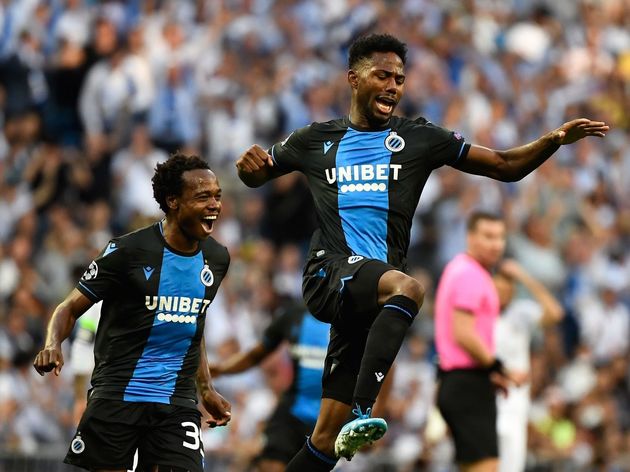 Percy Tau Assist and Brugge lead in Madrid. What a time to be alive  #UCL

Club Brugge fans singing the “Please don’t take me home” song at the Bernabéu. Sunshine, a 1-0 lead… they are loving life at the moment! #RMCLU

Club Brugge take the lead against Real Madrid with the worst finish you’ll ever see from Emmanuel Dennis.

It’s 2019 and Real Madrid are losing to 1-0 Club Brugge, which is actually a pretty mild scoreline in the context of 2019 football. #UCL

Madrid losing to Brugge and it’s only 17’ into the match. This team is garbage.

But you know what, I’m here for it ! 

Zidane should never have return to Real Madrid. He would be sacked eventually to tarnish the good name is made over the cause of 3seasons…

Blimey! Real Madrid are 2 down at home to Brugge. Both goals scored by Dennis: The menace.

Real Madrid are awful. This a sign for all the historic clubs coming to an end?

Please, someone explain how that Sergio Ramos goal is a goal, otherwise I’m going to have to give up on football altogether and then what the hell will I do with my free time.

Sergio Ramos is poor defensily and he’s the reason Madrid concead some of these silly goals, but because he scores goals here and there?

He, ll continue to win these individual awards

With the wind in their sails, Real Madrid were then given a helping hand by Club Brugge’s captain, Ruud Vormer, who was shown a second yellow card with just a few minutes left on the clock.

Things then went from bad to worse for the visitors as Casemiro scored from the resulting free-kick, offering Real Madrid hope that they’d at least avoid a second straight defeat in the Champions League group stages.

This has easily been Casemiro’s best season so far. He had quite some issues that other world class DMs don’t deal with (press resistance for example), but the current Casemiro just doesn’t seem to have any weaknesses anymore whatsoever. Fair to say he’s the complete package now.

Casemiro has played such a good game. He deserves that goal LETS GO

Real Madrid did smell blood, and although both sides had their chances to win the match, the game ultimately ended in a draw.

It’s the first time in history that Real Madrid have failed to win either of their opening two matches in the Champions League group stages.

Even if Paris Saint-Germain secure a huge win at Galatasaray, Real Madrid can only hope to end this round of fixtures as high as third – a position which would see them drop into the Europa League if they’re still there on matchday six.