​It’s that time of year again, folks – Tottenham are in crisis, meaning a mass exodus is on the orange-tinted horizon of the Europa League.

Obviously, there may be more substance to it this time around, with Mauricio Pochettino reiterating the need for a ‘painful’ rebuild, though now it’s looking increasingly unlikely that he will be the man to head that. Even if he does stay, ​he may have to do it without his star player.

Harry Kane has said on previous occasions that winning one title with Spurs would mean more to him than several at any other club but his legacy outside of N17 is diminishing with each passing season void of tangible success. He’s brought many happy memories to Tottenham fans, some that will last a lifetime, but he may feel that he’s done all he can do in search of honours at the club. Of course, any side with Kane is capable of challenging for trophies, and it’s only speculation that he’ll look to leave. Even then, he has a contract running until 2024, will any club want to negotiate with Daniel Levy to free Kane of that deal?!

But let’s live in a hypothetical world for a second. Where would Kane go should he leave? Where would suit him best? The famed path of ​Luka Modric and ​Gareth Bale is one that ​Kane’s been pushed down by rival fans for years. ‘You won’t love him so much when he goes to ​Real Madrid!’ pre-pubescent ​Arsenal fans have been screaming since 2015.

For much of the last decade or so, Madrid played without a goalscoring striker​, using ​Karim Benzema to create space and opportunities for ​Cristiano Ronaldo. Since his departure, the lack of a consistent goal threat has been one of their many issues.

​Eden Hazard was brought in to help with chance creation and Luka Jovic is now Benzema’s deputy, but none are capable of getting anywhere near Ronaldo’s huge team-dragging numbers at the moment – Jovic might turn into a top forward, but his elders are too late in their careers to truly change their ways.

Having Kane up front would certainly take Madrid back to the top table, but it looks far more likely that they will pursue ​Kylian Mbappe or ​Neymar in order to find a prolific forward again. 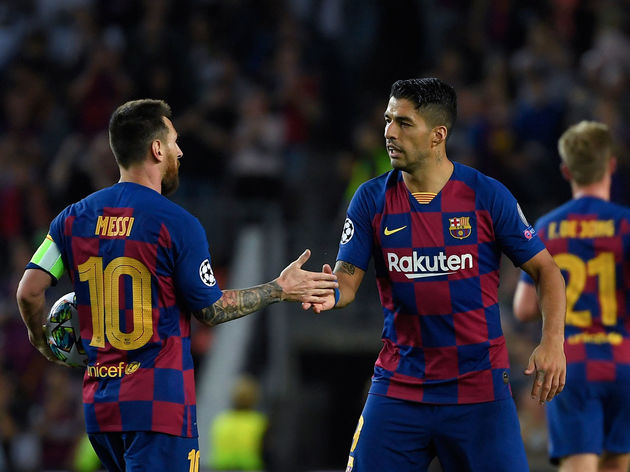 Just a quick note on this one, we won’t be stopping for long – can you really see Harry Kane lining up for ​Barcelona?

It’s far from a match made in heaven. Barcelona may be straying further away from their famed footballing DNA with each week, but signing Kane would be a statement that their total club strategy is drastically changing.

Chances are Kane would be seen as an old-fashioned English number nine rather than the complete forward he is, and while he would be a great replacement for the ageing ​Luis Suarez, you feel Kane and ​Lionel Messi would find it hard to coexist in the same side.

Verdict: I wouldn’t bet on it, mate ​Bayern Munich have a pretty medieval habit of pummelling teams and then asset-stripping them. Yes, this is a reference to ​Borussia Dortmund and the ​Bundesliga, how ever did you guess?​

Now that they’ve inflicted that kind of punishment on Tottenham, could they return and nab their best player? Probably not, and the reason why is pretty obvious – why would they want to replace Robert Lewandowski?

That’s not to say the Poland international won’t kick up a fuss and ask for a new challenge, but you feel that ship has sailed at this point. Lewandowski’s powers show no sign of waning either and is notorious for his great fitness record – in Germany, it’s often noted how his wife is a nutrition specialist, and this probably helps with staying in peak condition even as he enters his twilight years.

Other sides in Europe are capable of providing far more attractive financial packages to ​Spurs and Kane, and with Bayern more likely to continue their pursuit of Leroy Sane instead, you question whether they’d even be in the race at all. A club obsessed with image probably wouldn’t be looking at Harry Kane to be the man to lead their charge on European football.

Don’t get us wrong, PSG could afford him and he would bag 40 goals a season in Ligue 1, but with ​Mauro Icardi seemingly the replacement in-waiting for ​Edinson Cavani,​ there’s little need for them to add the Spurs striker to their ranks.

Sure, they’ll probably be after some wide forwards once Mbappe and Neymar depart, but this isn’t Football Manager – a club isn’t going to spend £200m on Kane to shift him to the wing. Signing ​Cristiano Ronaldo and Matthijs de Ligt is looking a lot more like Juventus making a deal with the devil than was previously thought.

With Financial Fair Play starting to become more pertinent in teams building their squads, Juve have been trying to cart off players in a bid to avoid penalties from UEFA.

One of those players is ​Paulo Dybala, who nearly signed with Spurs on deadline day in August – could he be used as a makeweight if Juve’s finances would allow it?

Question marks would be raised over Kane and Ronaldo playing in the same team, but it’s not an impossible notion.

Verdict: Don’t write it off And so we come to the favourites.

​Manchester City tick most of the boxes that a transfer would require – they could afford the fee, pay Kane’s wages, guarantee him silverware, and could phase out ​Sergio Aguero.

The main problem would be Spurs’ reluctance to sell him to another ​Premier League side and Kane’s loyalty to Tottenham in not playing for another English competitor.

Still, it’s a move that would have more legs than any other option.

Verdict: Would lead the way