​Real Madrid have dropped goalkeeper Thibaut Courtois from their matchday squad which faces Granada on Saturday, but the club have stressed it’s not been as a result of anxiety.

The Belgium international was substituted at half-time against Club Brugge on Tuesday as Real Madrid were held to a 2-2 draw, prompting rumours to pop up which claimed Courtois was hooked due to his anxiety.

But the club have released a statement which denies Courtois has been suffering from anxiety, instead chalking the goalkeeper’s substitution up to illness. 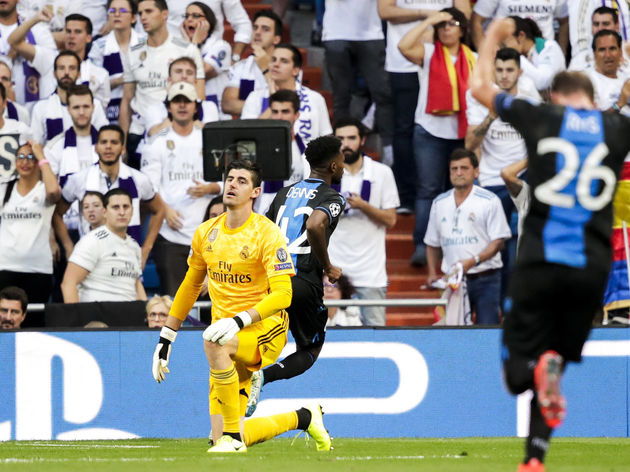 “In relation to certain information about our player, Thibaut Courtois, Real Madrid want to state the following,” the statement said (via Goal). “Our player has never been diagnosed with anxiety and that information is absolutely false.

“Courtois has been diagnosed and treated for gastroenteritis with dehydration and electrolyte imbalance, which made it impossible for him to finish Tuesday’s game against Brugge.

“The player is responding well to the treatment.”

Having now been left out of Real Madrid’s squad which hosts second-place Granada on Saturday, Courtois will be replaced in between the sticks by Alphonse Areola.

Lucas Vázquez and Vinícius Júnior are both missing from Real Madrid’s attack this weekend, while at the other end of the pitch Marcelo, Ferland Mendy and Nacho are also unavailable.

That could see summer signing Éder Militão or right-back Álvaro Odriozola used out of position to provide cover on the left against Granada, where they’ll have to mark either Antonio Puertas – he scored in last week’s win over Leganes – or Álvaro Vadillo.