​Real Madrid are said to be considering a move for Red Bull Salzburg striker Erling Håland, as the 19-year-old continues to impress mightily in the Austrian Bundesliga and the Champions League.

Having scored a dramatic equaliser against Liverpool in his side’s 4-3 defeat at Anfield, he’s scored four goals in two ​Champions League appearances and sits on a science-defying 18 in 11 in all competitions.

Such form is likely to attract interest from the top clubs across Europe, and Napoli were ​recently linked with a move for Håland and teammate This one comes from ​AS, who are sparse in detailing the interest, but do suggest it hasn’t gone far beyond courting the player as a long-term target just yet.

If they are serious about their interest, however, the report does note that it would perhaps be in their best interest to act sooner rather than later. Håland’s value is expected to rocket to stratospheric heights if he continues on his current trajectory, and the days of being able to secure him for a reasonable price are looking increasingly numbered. 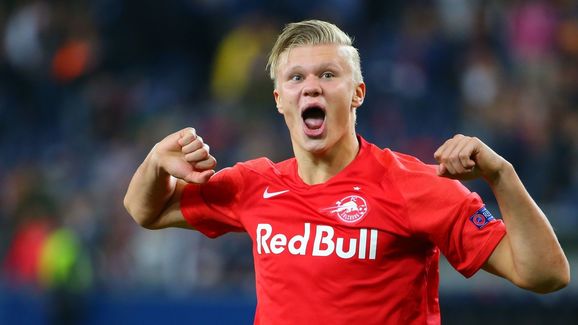 They moved for both Rodrygo Goes and Vinicius Jr. despite an apparent wealth of options in the wide positions at the point of acquisition, so the precedent is there if the player merits being treated as a special case.

And with the numbers Håland is hitting at present, it certainly seems he is of the standard required.