Another eventful day of Euro 2020 qualifiers are out the way, and we’re starting to get a clearer idea of who will be heading to the summer’s showpiece event.

Sunday’s action saw two more teams qualify, as Wales just about kept their hopes of making the finals alive and Scotland restored some pride thanks to a spectacular showing from John McGinn.

Because we’re good to you, we’ve broken down all of tonight’s results in one place for your perusal… 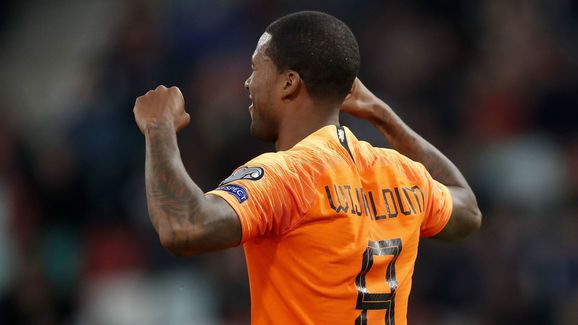 It was a long way from pretty by Ronald Koeman’s men in Minsk, but if they’ve shown one thing in this qualification campaign so far, it’s a resolve to win games when they aren’t quite at their best – and that can take you a long way in international football.

They were hard-pushed against Northern Ireland on Thursday, a remarkable turnaround in the last ten minutes securing a 3-1 victory, and it all looked to be going swimmingly in Belarus when a terrific double from ​Liverpool’s Georginio WIjnaldum had them cruising at half-time.

As it happened, a second-half header from Stanislav Dragun made a game of it, but the Dutch were able to see it out and take another step towards qualification – something they will now achieve if they can overcome Michael O’Neill’s men in Belfast. With the Netherlands winning the earlier game, the same was required from Germany if they were to move level on points with the group leaders and keep the pressure on ahead of the final round of fixtures next month.

It proved to be far from straightforward against an Estonia side who had previously picked up just one point, and would have been sweating as they went into the break scoreless. However, in the end, the quality of the former world champions shone through, as strikes from Ilkay Gundogan (2) and Timo Werner made sure of the points. 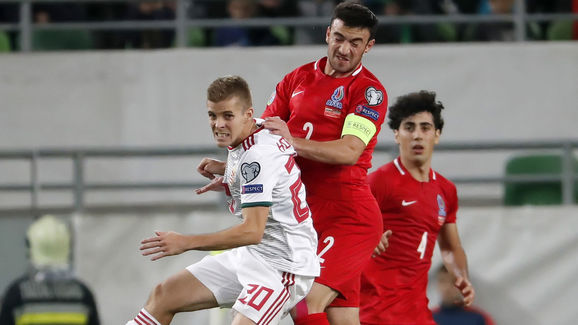 In Wales’ group, Hungary got things back on track after successive defeats to Slovakia and Croatia dented their qualification hopes, as they confidently brushed aside Azerbaijan – if only by a single goal.

A strike from left-back Mihaly Korhut set the tone on ten minutes, and no second goal would be forthcoming, with the visitors opting to frustrate and play on the counter – but to no avail. The home side saw it out with minimal fuss, and on 12 points from their seven games, have put themselves in a really good position to qualify. Wales are still just about in with an opportunity of making the finals, but will need victories in their final two matches – and a helping hand from Croatia if they are to do it, after earning an admirable draw with the Croats on home turf.

In a feisty atmosphere in Cardiff, a Gareth Bale equaliser on the stroke of half-time cancelled out Nikola Vlasic’s early opener to secure a share of the spoils for the home side. Croatia are almost there, but a disaster against Slovakia coupled with other results going against them could knock them out. Poland will be in the hat after a late show from substitutes Przemyslaw Frankowski and Arkadiusz Milik earned them a hard-fought victory against North Macedonia, whose own unlikely qualification hopes now hang by a thread.

Both goals were assisted by one Robert Lewandowski, who yet again proved his value as his side’s go-to man for the big occasions. Austria, meanwhile, moved to within one win of the finals after right-back Stefan Posch earned them a victory in Slovenia.

They sit five points ahead of their hosts and North Macedonia, both of whom will need to win their final two matches and pray for a favour from Latvia – who are yet to pick up a point – if they are to catch

Belgium made it eight wins from eight in what has been a routine qualification campaign for them so far, comfortably overcoming a sturdy Kazakhstan side thanks to strikes from Michy Batshuayi and Thomas Meunier.

They rattled nine past San Marino on Thursday to make sure of qualification, but nonetheless, Roberto Martinez went full strength for this one. Eden Hazard combined tremendously with younger brother Thorgan down the left throughout a functional if unspectacular display, in which they netted their 29th and 30th goals of the campaign.

Favourites for Euro 2020? Quite possibly. The Belgians will be joined in the finals by Russia, who booked their passage thanks to an emphatic win in Cyprus inspired by Denis Cheryshev, who scored two and assisted two more in a masterful display.

Having thumped Scotland on Thursday, they look in good shape heading into the finals and will do all they can to win the group when they face Belgium in their penultimate qualifier next month. 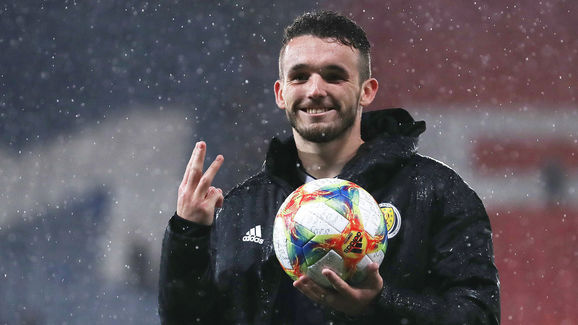 Scotland, meanwhile, had only pride to play for in a match that was effectively a friendly. Their resounding defeat against the Russians means their playoff in March is now their only opportunity to qualify for next summer’s games.

The remit was a big win to get the feel-good factor back at Hampden, however, and in a game that looked in jeopardy at one point due to the biblical weather conditions, they did just that. Aston Villa’s John McGinn netted a first-half hat-trick before Lawrence Shankland hit the net on his full debut.

Goals from Stuart Findlay and Stuart Armstrong – the latter a stunning free-kick from the edge of the area after the San Marino keeper bizarrely handballed on the edge of the area – then put it to bed, and hinted at a step or two in the right direction for Steve Clarke’s men.