After suffering through another international break, you know what you need?

On this occasion, we’re taking a look at the La Liga clash between the newly-promoted Mallorca and table-toppers Real Madrid.

Despite the alleged trouble behind the scenes and struggles in the Champions League, Zinedine Zidane’s Madrid side have started the domestic season superbly – going unbeaten thus far. 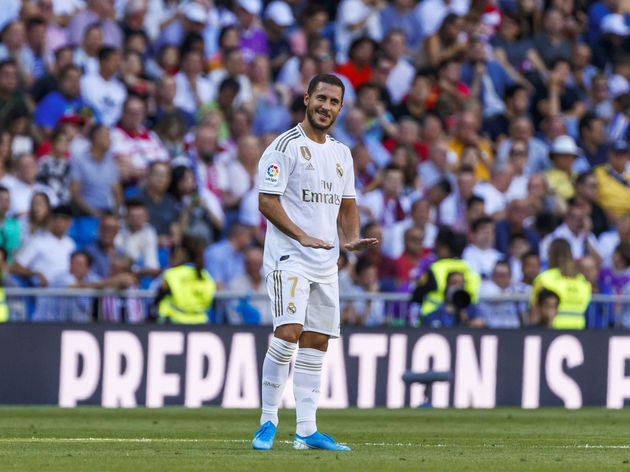 So, whilst your mates are thinking they’re all big time because they know a thing or two about the Manchester United-Liverpool game, take a look at our pre-match stats for this La Liga

We Just Can’t Beat You, Not Even at Home

As you might’ve expected, Real have dominated this fixture in recent years. In fact, Mallorca haven’t won any of their last eight La Liga games against Los Blancos (D1 L7), losing each of their last five.

Their last win against this weekend’s opponents came in May 2009, winning 3-1 away from home. Mallorca’s struggles against the Spanish giants have not been isolated to the Bernabeu, they are winless in their last seven La Liga home games against them as well (D2 L5). It’s their worst home run without a win against Los Blancos in the top-flight.

Their last such win came waaaaaay back in February 2006.

After starting their return to the top-flight with a winless run of six games, Mallorca overcame Espanyol last time out, with goals from Ante Budimir and Salva Sevilla helping Ok, it might be slightly too early and crazy to talk about an unbeaten season for Real Madrid

Nevertheless, this is the fourth time since the start of Millennium they’ve gone their first eight league games unbeaten, also repeating the feat in the 2010/11, 2015/16 and 2016/17 campaigns.

However, out of those three campaigns, Real only ended up winning the title once – 2016/17.

Come on, Give us a Chance

It’s fair to say that Mallorca have particularly struggled at one end of the pitch thus far.

One thing that Mallorca boss Vicente Moreno will be saying to his team is to ‘keep it tight early doors’ – maybe without the doors bit. This is because Zidane’s side have conceded 88% of their goals in La Liga in the second half of games (7/8), a joint-high percentage along with Real Valladolid.

Stay on Your Feet, Lago!

Mallorca just can’t help themselves in their own box. This season they’ve conceded the most penalties in the division with five. Lago Junior, typically a left-midfielder, is the only player to have conceded more than one spot-kick in the competition so far.

Stay clear of the box, Lago, and please take care.

Despite all his accolades and fine goalscoring records, Karim Benzema remains one of the

The Frenchman has been elite for over a decade now and doesn’t look like slowing down anytime soon. This season, ‘Coco’ has won more points with his goals than any other player in La Liga this season (six points with six goals).

However, Real’s number nine hasn’t fared too well against Mallorca in his career up to this point.

He’s scored three in seven against them in this competition, but hasn’t scored in any of his three appearances at the Iberostar Stadium. The Spaniard helped Mallorca return to the top-flight last season via the play-offs and he’s won 47% of his games in charge thus far.