Real Madrid got their first win in the Champions League this season as a hard fought 1-0 victory over Galatasaray moved them up to second place in Group A.

The hosts started the game well and had the better of the opening 15 minutes, creating two clear cut chances for Florin Andone – but Thibaut Courtois saved well from both efforts. The Turkish side were to rue these two misses, with Eden Hazard teeing up Toni Kroos to side-foot home via a deflection minutes later. Both teams continued to create a number of chances, with ​Karim Benzema and Younes Belhanda guilty of fluffing their lines in great positions. Half time came, with the Turkish champions knowing that they were well in this game if they took their chances.

The second half continued in the same vein. Hazard had a guilt-edge chance to make it two, but somehow hit the bar with the goal at his mercy.

Incredible scenes erupted around the Turk Telekom Arena midway through the second half, as the Turkish faithful collectively booed Belhanda when he was substituted off following another shocking performance, with the Moroccan seemingly responding with some abuse back towards the crowd. Chances came and went thereafter, but Real hung on for a crucial three points to finally get their Champions League campaign up and running.

​Real Madrid were yet to taste victory in the Champions League this season, and needed three points to relieve the pressure of manager Zinedine Zidane. 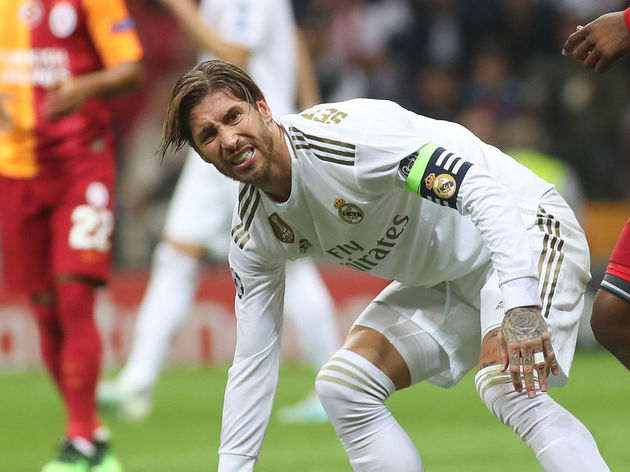 They got the victory they were looking for in a heated Istanbul atmosphere, but yet again, the performance was far from convincing. Defensively they were all over the place, and gifted so many clear chances to Galatasaray.

They were perhaps lucky that Radamel Falcao was out injured for the hosts, otherwise it would have been a different story. The result may have lifted some of the pressure, but if they continue playing like this, it won’t be for long.

​Toni Kroos has received a lot of criticism from Los Blancos fans of late, but on his 100th Champions League appearance, he put on a masterclass in the middle of the park.

The German ran the show, showcasing his sensational passing ability alongside some driving runs from the heard of midfield. The winning goal in the early stages of the game was a fitting reward for a high class performance.

How much of a baller is Toni Kroos? Leading midfielder and star player with a single goal #footballindex

Galatasaray look like they are in a battle with Club Brugge to scramble into the Europa League, and with a home fixture against the Belgian side still to come, they will be confident that they can get into Europe’s second tier competition.

Madrid will be delighted to finally get a win, but the manner of victory will be a major cause for concern. They take on Galatasaray once more in the next group game, and know a win will almost certainly guarantee their place in the next round.​