​Arsenal could miss out on the chance to sign loanee Dani Ceballos on a permanent basis next summer as his parent club Real Madrid want to integrate the Spain international back into their first-team next season.

The 23-year-old has been an instant hit in north London and fans have been calling for Ceballos to join the club permanently ever since his full debut against Burnely, having since gone on the score his first Arsenal goal and pick up two assists.

But Arsenal might not be given an opportunity to even enter talks with Ceballos’ parent club, as Madrid-based outlet AS claims that the midfielder is among five players who will be part of a rejuvenation project at the Santiago Bernabéu next season. 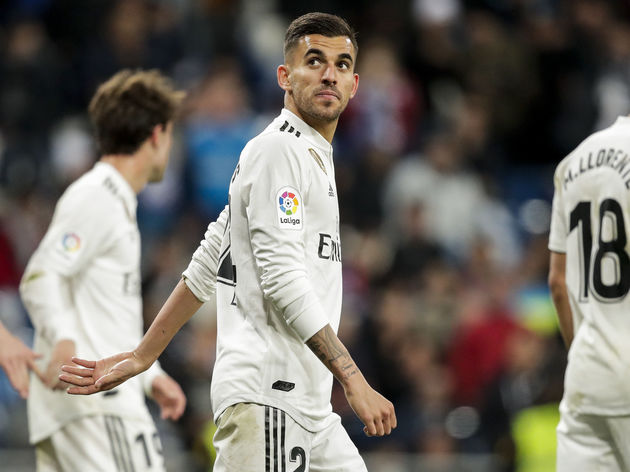 As well as bringing Ceballos back into the fold, it’s claimed Real Madrid will give their side an injection of youth by offering loanees Achraf Hakami (Borussia Dortmund), Martin Ødegaard (Real Sociedad), Takefusa Kubo (Mallorca) and Sergio Reguilón (Sevilla) regular first-team minutes.

On top of flooding their squad with young players, AS also claims that Real Madrid will look to make Kylian Mbappé their next marquee signing.

The Paris Saint-Germain winger, in theory, will act as the centre-piece of Real Madrid’s side much like Cristiano Ronaldo did during his nine-year spell in the Spanish capital.

It’s claimed there have been concerns in Madrid over how signings have adapted to life under the spotlight, as summer signings Luka Jović and Ferland Mendy struggle to find their feet at the Santiago Bernabéu.

But after seeing the success that the likes of Ceballos, Hakimi and Ødegaard have had out on loan, Real Madrid’s top brass will now look to find a way of incorporating each player into Zinedine Zidane’s first-team.

For Arsenal, it was suggested at the time that, while Ceballos’ loan move didn’t include an obligation or option to buy, Florentino Pérez would at least sit down to discuss the player’s future at the end of the season.

But if AS’ latest report is to be believed, Pérez won’t entertain any offer that Arsenal put forward and would even be willing to force Ceballos to stay at Real Madrid, even if the midfielder pushes to return to north London on a permanent basis.