Real Madrid put in their best performance of the season to secure a routine victory over lowly Leganes at the Santiago Bernabeu on Wednesday night, in turn moving up to second in La Liga.

​Karim Benzema found himself in the mix straight away, first playing the ball across the box for Rodrygo to tap into an empty net, before turning provider once more to feed Toni Kroos who doubled the hosts lead inside eight minutes.

2 – Rodrygo Goes has scored two goals from his first three shots in @LaLigaEN, while Vinícius Júnior needed 24 shots to score his first two goals for Real Madrid in the competition. Impact. pic.twitter.com/4AycjNRTOS

​Sergio Ramos then added a third from the penalty spot on the second attempt, after Juan Soriano was judged to have been off his line when he saved Ramos’ first effort – a penalty which came about after the goalkeeper brought down ​Eden Hazard.

There was far more intensity from the Cucumber Growers (yes, really) after half-time as Thibaut Courtois was finally called into action, but the spirited response, in truth, didn’t test ​Madrid beyond a few routine saves.

Any faint hopes of a revival were finally dashed by the excellent ​Benzema, who slotted home from the spot after ​La Liga

Zidane will have been licking his lips after a scintillating first-half display in which Madrid dominated proceedings and looked well and truly up for the occasion. With Karim Benzema setting the tone, Los Blancos pressed their opponents high up the pitch to devastating effect and could have easily gone into half-time with a more comprehensive lead.

Luis Cembranos clearly got stuck into his Leganes players at half-time, with far more intensity shown in their play as they aimed to overturn a seemingly impossible deficit. Thibaut Courtois (finally) got involved, but Madrid’s superior quality eventually told.

Granted, they were taking on a side rooted to the foot of La Liga, but this is the level of commitment and desire that Madrid should be showing on a weekly basis if they are to enjoy a run in the Champions League and offer some resemblance of a challenge on the league title.

Not too much can be looked into Wednesday’s result given the level of opposition, but its positive signs moving forward for Madrid, who cannot afford further slip-ups against the league’s strugglers this season. 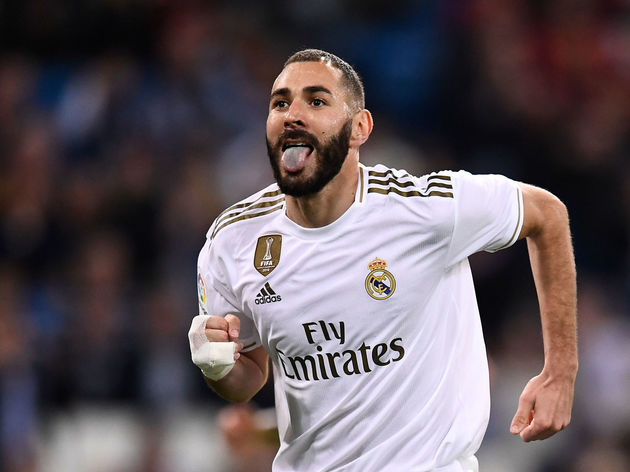 It was an all-round superb showing from Madrid, but the team thrived off the work done up front by Karim Benzema.

His hold up play and running off the ball caused Leganes all sorts of problems and by occupying the central defenders he allowed Rodrygo and Hazard with the space they needed to cause damage down the wings. Love him or hate him, overrate him or underrate him, Benzema is still a superb striker even at 31-years-old.

Benzema is good isn’t he. Just such an overall brilliant player who doesn’t get frustrated and above everything tries and helps his teammates more than anything. A striker yes but never selfish.

Benzema is one of the best strikers of our generation! Madrid needn’t go far for their next fixture, as they’re back at the Santiago Bernabeu on Saturday as they take on Real Betis in La Liga.

For the visitors, they’re back on home turf as they host Eibar on Sunday evening in La Liga.