​Real Madrid midfielder Toni Kroos has expressed his admiration for teammate Federico Valverde in the wake of his side’s 6-0 thumping of Galatasaray on Wednesday night.

Valverde has emerged as a real talent over the course of this season, featuring frequently for the Spanish giants, including his impressive display in their most recent Champions League clash.

Veteran World Cup-winner Toni Kroos knows a thing or two about quality midfielders, and has spoken out about just how good Valverde has become. Speaking to Standard Sport, Kroos said: “He has been amazing. He is on great form.

“When I speak about Rodrygo and say that he is very clear, I think Fede [Valverde] has been doing this since the first day.”

The German added: “He’s fighting, he’s helping a lot in defence. He’s not losing balls, he’s very good on the ball. I really love this player.”

Valverde has sparkled in recent weeks, becoming an important asset for Zinedine Zidane and ​Real Madrid as they push for domestic and European success. 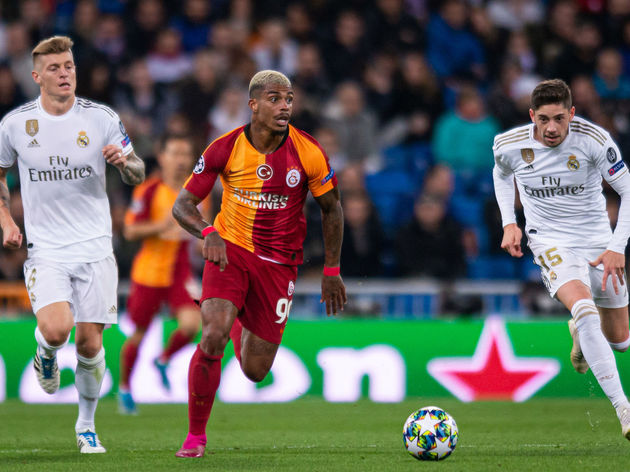 The 21-year-old is playing with a level of confidence and ability beyond his years, an observation that was not lost on Kroos: “To come here is not easy, to play like that, at this age, means he has a lot of quality and I’m pretty sure he will have a great future here. For many, many years.”

Valverde’s work ethic and defensive solidity has offered greater flexibility to ​Toni Kroos, allowing the 29-year-old to play higher up the pitch than when he starts alongside​ Luka Modric. “I don’t have to explain this because we did this for many years, and ​Casemiro…we don’t have to speak about Casemiro and how important he is.”

Valverde is starting to blossom in a Real Madrid team that is still struggling to finds its feet. And with such high praise from his esteemed colleague, it is clear that the youngster has an incredibly bright future.