​Achraf Hakimi is expected to challenge Dani Carvajal for the Spaniard’s right back spot at Real Madrid once his loan spell at Borussia Dortmund ends next summer.

The Morocco international has established himself as one of Europe’s most exciting attacking full backs, registering two goals and four assists in 13 Bundesliga appearances so far this season, also netting four more strikes in his five Champions League games.

He was sent out on loan to Dortmund last year, with Carvajal continuing to hold down the right back berth at the Santiago Bernabeu, but ​Marca expect Hakimi to leapfrog Odriozola was brought in from Real Sociedad in 2018 to offer some competition for the Spain international, but the 23-year-old is yet to establish himself. He has started four La Liga games this season, but hasn’t featured since getting sent off in the 1-0 defeat at Mallorca in October. 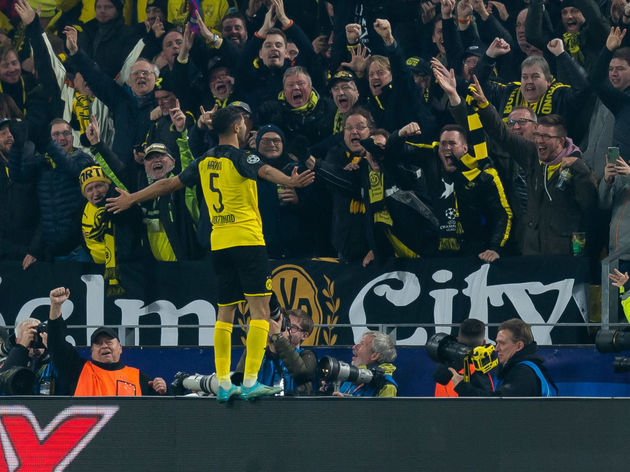 Despite a somewhat frustrating start to the season, Real remain firmly in the ​La Liga title race, behind leaders ​Barcelona only by virtue of their inferior goal difference.

The rearranged Clasico on 18 December at Camp Nou could give onlookers more of an idea on who will go on to win Spain’s top flight, though Sevilla remain firmly in the hunt and are only a point behind their illustrious rivals.