​Former Chelsea goalkeeper Rob Green has revealed that Eden Hazard turned down a move to Bayern Munich because he didn’t want to feel like he was overshadowing his brother Thorgan.

The elder Hazard joined the Blues from Lille in 2012, going on to score 110 goals in 352 games for the west London side, helping them to two league titles, two Europa League titles, one League Cup and one FA Cup. He was the subject of intense speculation regarding a ​transfer away for several seasons, finally sealing a dream move to ​Real Madrid in the summer of 2019.

Green, who was in the ​Chelsea squad during Hazard’s final year at Stamford Bridge, revealed to ​The Athletic that ​Bayern Munich were interested in the Belgian forward, but there was a kind-hearted reason as to why he refused to move to the Allianz Arena.

“Eden ruled it out,” Green says. “He was like ‘I’m not going there because my brother Thorgan is playing in Germany [who was at Borussia Monchengladbach last season and joined Borussia Dortmund in May]. It would turn into Eden Hazard and his brother’.

“He was basically saying that his brother can be known as Thorgan Hazard there rather than only be referred to as Eden Hazard’s brother. That could come across as a touch of arrogance but it was actually a magnanimous thing to do.” 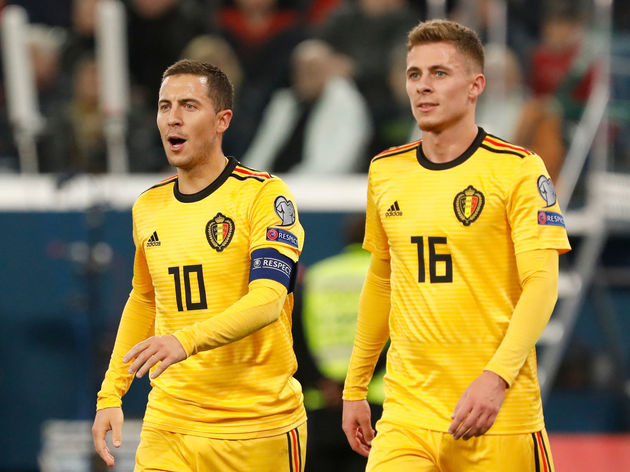 Hazard hasn’t started life at Real Madrid as he would have liked, scoring just one goal in 13 appearances for Los Blancos so far.

After reportedly turning up for pre-season overweight, the 28-year-old has struggled with injury and fitness problems since arriving at the Santiago Bernabeu.

His inconsistent availability has allowed Brazilian youngsters Rodrygo and Vinicius Junior the chance to shine, though Madrid trail Barcelona in La Liga by two points heading into Spain’s winter break.