​Mauricio Pochettino was spotted at the Santiago Bernabeu on Saturday, as a Casemiro double earned Real Madrid a 2-1 victory over rivals Sevilla.

Pochettino was in Madrid as a spectator for the big La Liga fixture, but he was swarmed by supporters at the end of the match, some of whom even asked him to take over as coach at los Merengues. 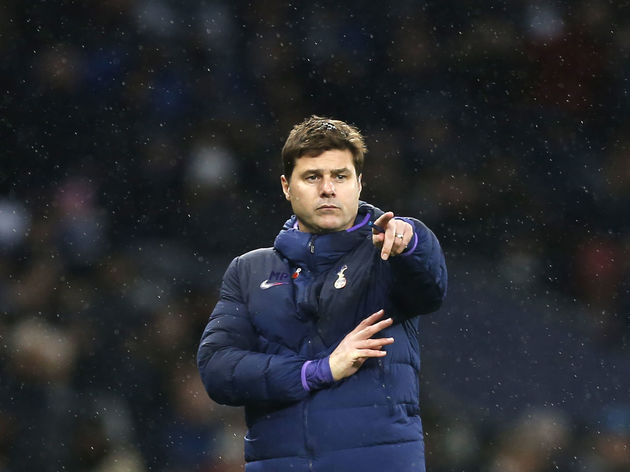 ​AS were able to get a quick interview with the former Tottenham Hotspur manager, who hailed the performance of goalscorer Casemiro, and praised Madrid’s impressive win.

“Good, very good,” Pochettino responded when asked what he thought of the match. “Casemiro was spectacular with two goals and so, a good victory for Real Madrid.”

The ​ex-Southampton boss was happy to walk among the Madrid fans as he left the stadium, and was in a cheery mood when speaking to the media after the final whistle.

Pochettino has been linked with the Real Madrid job in the past, and there were rumours that he was being lined up to replace Zinedine Zidane when the Frenchman was under pressure. Zidane seems to have turned Madrid’s fortunes around however, and given their sensational form and recent Supercopa de Espana success, it is unlikely that he is facing the axe in the near future. ​Los Blancos put in a professional performance against Sevilla on Saturday, but they were forced to work hard for their victory. Brazilian midfielder Casemiro opened the scoring just before the hour mark, latching onto Luka Jovic’s superb backheel to dink a lovely finish beyond the Sevilla goalkeeper.

The visitors equalised shortly after, Luuk de Jong dancing through a couple of challenges and firing an arrowing strike into the bottom corner. But Madrid rallied and stormed back into the lead, Casemiro finding space in the box to nod a simple header home from a wonderful Lucas Vazquez cross.