​Manchester City manager Pep Guardiola has admitted that he could be sacked by the club if he fails to beat Real Madrid in their Champions League last 16 tie.

The Citizens have almost certainly failed to defend their Premier League title, with Liverpool a whopping 22 points clear at the top of the table, so Guardiola’s focus is on lifting the Champions League with City for the first time.

Speaking to ​Sky Sports, Guardiola did not shy away from the importance of his upcoming meeting with ​Real, admitting that all he wants to do over the next few weeks is to find a way to come out on top against Zinedine Zidane’s side.

“There are many incredible players that made our fans happy, and [times when] our fans enjoyed part of the season,” he said.

“I know the people say ‘You are good’ or ‘You’re not good enough.’ ​Champions League 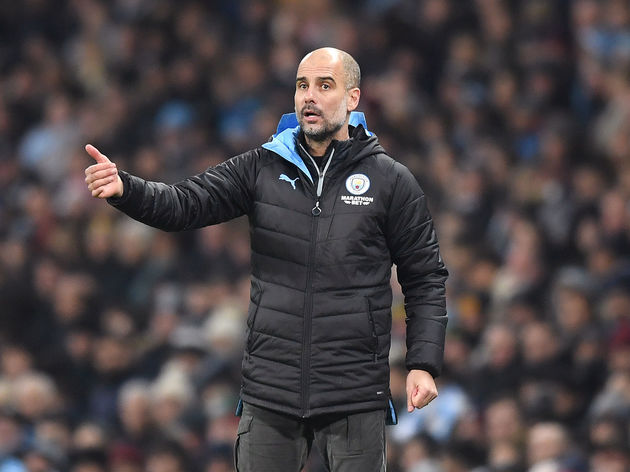 “And this process, the two weeks before, will be the happiest moments of my profession, to imagine what we can do to beat them.

“If we don’t beat them, then the chairman will come, or the sporting director, and say ‘It’s not good enough, we want the Champions League, I’m going to sack you’.

“I don’t know, many times it has happened. Or maybe he will say ‘OK, you’ve done well, but what can we improve?’” he added. “​Liverpool have spent four or five years to win the first title last season. It was a process – new players, the process, then invest more and more, and they are the best team in the world right now.

“Sometimes it’s not possible. Sometimes there are opponents, sometimes you cannot do it because in no sport does one team win all the titles all the time. It’s impossible.”