Real Madrid are reported to have identified Stade Rennais starlet Eduardo Camavinga as heir and cover to the immutable Casemiro for the seasons ahead.

The Brazilian is a key part of the current ​Real side, but his unique skillset at the base of midfield means the club possess no natural cover to step in when he is unavailable.

As a result, Zinedine Zidane has been forced on occasion to either alter the system or play box-to-box midfielder Federico Valverde out of position, and neither solution has proved particularly fruitful. 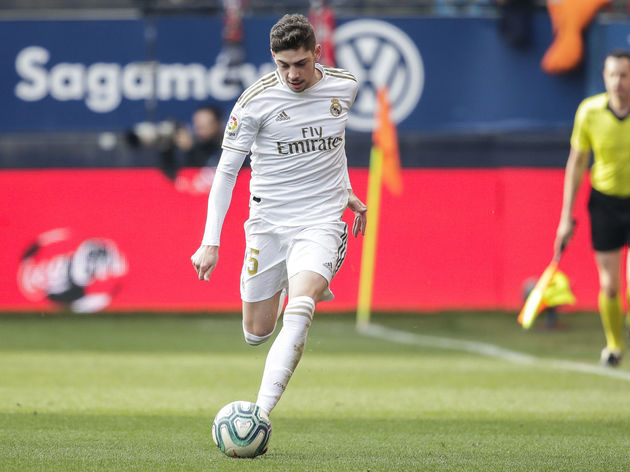 On the four occasions in which Casemiro has been missing through either injury or suspension, in fact, they have won just once – ​against Real Zaragoza in the Copa Del Rey round of 16.

In his absence, they ​crashed out of the cup to Real Sociedad in the quarter-finals, and as such there is a desire within the club to recruit someone who can offer short-term relief, while also acting as a long-term replacement for when the 28-year-old begins to slow.

According to ​Marca, they are eyeing 17-year-old Camavinga as a solution which kills two birds with one stone. Despite his years, the teenager has delivered a number of commanding performances since graduating the esteemed Rennes academy setup, making himself a central part of the side that sits third in Ligue 1. Real, it’s thought, value him somewhere in the region of €50-60m, but the excessive demand for the defensive midfielder means they are likely to have to up the ante or risk losing out on a player who looks like one in a million.

Legitimately generational defensive midfielders don’t come around that often, after all.