​Real Madrid are thought to be eager to take advantage of Manchester City’s two-year ban from the Champions League by sealing a mega-money move for winger Raheem Sterling at the end of the season.

The Citizens were slapped with a two-year ban from competing in any European competition for the next two seasons after being found guilty of breaching UEFA’s Financial Fair Play regulations. As it stands, ​Sterling is one of several global stars who will not be seen in Europe until at least the 2022/23 campaign after the current term, but ​The Sun claim ​Real are eager to change that by bringing him to the Santiago Bernabéu this summer.

It is thought Los Blancos were already plotting a move for Sterling, who is valued at around £180m, but this punishment has only made them more confident of being able to lure the Englishman over to Spain.

Sterling has ​made no secret of his desire to play in La Liga, so a switch to Real certainly makes some sense, although it would come as a surprise to see Los Blancos spend so heavily on yet another winger. Given money is being saved in the hope of signing Paris Saint-German sensation Kylian Mbappé in the future, Real would surely only be interested in offering at least one player in exchange, although who that would be is a different question entirely.

​Gareth Bale has been touted as a potential option in the past, but there seems almost no chance that ​City would want the Welshman, and it’s nearly impossible to see Real offering either Vinícius Júnior or Rodrygo Goes.

However, don’t be surprised if Real try and put something together as this could be their best opportunity to sign Sterling. 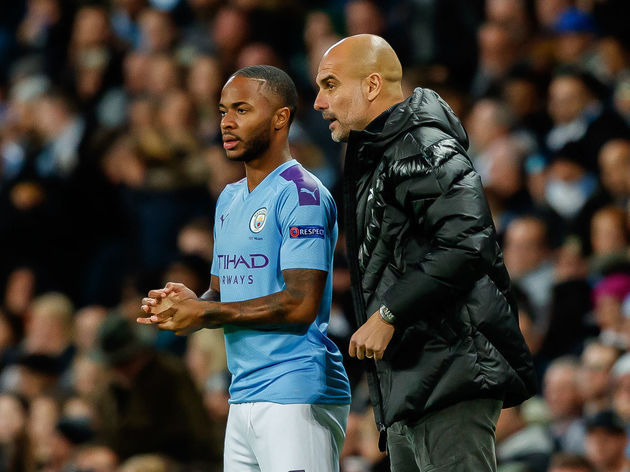 Alongside Sterling, manager Pep Guardiola could also be on his way out of the Etihad Stadium, with ​Juventus thought to be increasingly confident that they will be able to sign the Cata in the summer.

Guardiola’s current contract expires in 2021, but there is a growing belief that he could walk away at the end of the current season in order to try and end his ​Champions League drought elsewhere.