Luka Modric is number 3 in 90min’s Top 20 Greatest Footballers of the Decade series. Follow the rest of the series over the course of the next week.

The blink of an eye.

The time within which headlines are written, trophies are won, and legends are born.

As in just one second, a player can shimmy the ball onto his left foot and curl it into the top corner of the net. So, in other simpler words, in just one second, 100 milliseconds, the blink of an eye (whichever metric you prefer), a goal can be scored. And goals are important, because, you know, goals win games and winning games means you win trophies…and you know all of this already so I’ll just move on.

The players who excel in these seconds, milliseconds, blinks of eyes are, therefore, the most valuable in world football. They populate every ‘greatest footballers of the [insert timeframe here]’ list written by every sad sod that’s sad enough to write one of those types of articles (e.g. me).

For the players that have historically excelled in the aforementioned seconds, milliseconds and blinks of the eye are For this reason, Luka Modric is somewhat of an anomaly in any list of the greatest footballers of the year, or decade, ever. As, unlike Lionel Messi, Cristiano Ronaldo, ​Luis Suarez or even ​Sergio Ramos – a player whose defining career moment is scoring a last minute equaliser in the 2014 UEFA Champions League final – Modric hasn’t made a career out of popping up at the most opportune moment to score the most important goal.

The Croatian midfielder isn’t one of the ‘easiest’ footballers to remember; for he does all of his best work in the more forgettable passages of games.

At Tottenham Hotspur, Real Madrid and Croatia, the diminutive midfielder left the headline grabbing moments for the Gareth Bale’s, Cristiano Ronaldo’s and even Mario Mandzukic’s of the world, instead doing everything in his power to ensure that moment – that one game-defining moment – falls to his team, and not the opposition. It was exactly what he did in the 2014 Champions League final, in which Sergio Ramos and Gareth Bale scored the decisive goals, and Modric did literally everything else. Millions around the world were finally able to see, not just the second, 100 milliseconds or blink of the eye moments in which CR7 and Messi shine in, but the other 92 minutes and 59 seconds in which Modric shines.

And as such, Modric was finally – rightfully – heralded as the best in the world. The former Tottenham man would win the FIFA World Cup Golden Ball, UEFA Men’s Player of the Year and become the only player other than Messi and Ronaldo to win the Ballon d’Or this decade.

Indeed, Modric was more than deserving of these awards.

Number 18 – Sergio Aguero: The Man Who Painted Manchester Blue With One Kick of a Football

Number 16 – Eden Hazard: The Brilliant Belgian Who Mesmerised Fans Across the World

Number 15 – Zlatan Ibrahimovic: The Man Who Needs No Introduction

Number 14 – Toni Kroos: The Underrated Jahrhunderttalent Who Was There for the Biggest Occasions

Number 13 – Giorgio Chiellini: The Juventus Legend Who Has Always Found a Way to Win

Number 8 – Dani Alves: The Maverick Who’s Just Too Good to Be Copied

Number 7 – Franck Ribery: The Serial Entertainer Who Was Born to Win

Number 6 – Luis Suarez: The Uruguayan Heel Who Never Bit Off More Than He Could Chew

​Number 4 – Sergio Ramos: Football’s Big Bad Who Has Dominated the Sport Like No Other ​Despite talk of a crisis at Real Madrid, with the team having only picked up one point from their opening two Champions League group games, Los Blancos are top of La Liga by two points heading into the latest international break.

However, Zinedine Zidane will have to prepare his side for their next game against Real Mallorca without 12 first team regulars as they go off to represent their respective countries this week.

Here is a rundown of how you can see these 12 players in action across the globe. Although he is now 33, Ramos remains an integral part of Madrid’s side, and has been one of their more consistent performers in the early stages of the season.

Carvajal has been less impressive, but still retains the faith of Zidane. Both will be expected to start for Spain in their upcoming games as they travel to Scandinavia to play Norway and Sweden. This international break could also give Areola a rare opportunity. He has played second fiddle to Hugo Lloris for some time, but with the Tottenham goalkeeper now ruled out until 2020 due to injury, it could be Areola’s time to shine.

France still have some work to do in their group, as they are currently level on points with Turkey and three ahead of Iceland. They face both of those teams over the next week. Hazard is yet to shine for MadridChelsea

Meanwhile, Courtois has had problems of his own. A dip in form has meant that his place in the side has come into question with Areola being a more than capable replacement.

Yet the pair remain important players for the current number one ranked international side in the world. ​They are coasting towards Euro 2020, and should not face much of a challenge to their supremacy this week when they take on San Marino and Kazakhstan. The 2019 Copa America champions will be travelling to Singapore this week for two friendlies against Senegal and Nigeria.

Unsurprisingly, Casemiro has made the squad, whilst Militao has also got a call-up despite his lack of game time at club level. The 2018 Ballon d’Or winner has had a quieter 2019, but is still a vital player for his national team.

Croatia will need him to be close to his best this week, ​as they face a testing pair of fixtures. With four teams still realistically capable of qualifying out of Group E for Euro 2020, Croatia meet two of their rivals for a place at next year’s tournament as they host Hungary before travelling to Wales. 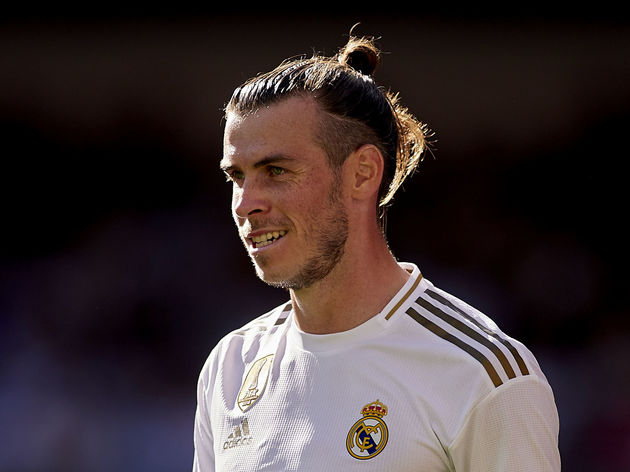 The Welsh winger may not be enjoying his time at Madrid under Zidane, but he is still his country’s star player.

Wales are currently fourth in their group, and face a potentially defining week as they aim to make up ground and qualify for their second successive European Championships.

First up is a tricky trip to Slovakia, before they return to home soil to take on Croatia. The South American side are just in friendly action, as they will be playing Peru twice in the space of four days. Ahead of next year’s Olympics in Tokyo, Brazil’s Olympic team will play two friendly fixtures over the next week as part of their preparation.

Having joined Madrid over the summer, 18-year-old ​Rodrygo is still finding his feet at the club and has only made the matchday squad sporadically.

He will be expected to get more game time here though as Brazil take on Venezuela and Japan.